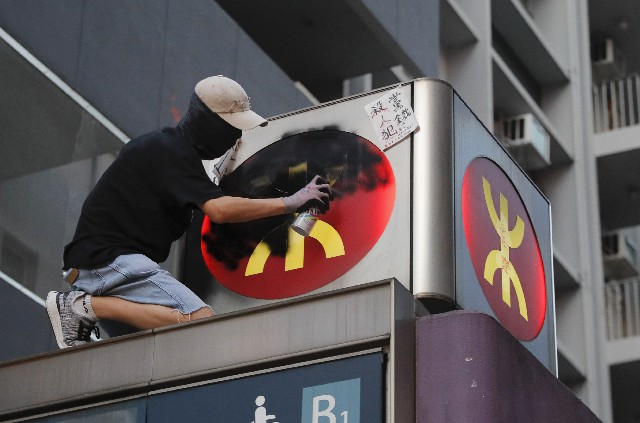 Hong Kong’s subway operator denied that a fatality occurred when riot police stormed into a station in pursuit of pro-democracy protesters on one of the most violent days since protests began in the city more than three months ago.
MTR Corp., which runs Hong Kong’s mass-transit rail system, said in a statement yesterday that nobody died inside its Prince Edward station on the night of Aug. 31. That day saw protesters hurl petrol bombs and bricks at police officers, before setting fire to a massive roadblock in the city center.
There has since been widespread speculation among many involved in the historic protest movement that somebody was killed in the chaos as police aggressively pursued protesters in the crowded station, swinging batons, tackling people to the ground and using pepper spray. Injured people were seen being taken out of the station on stretchers, fueling the rumors.
People subsequently turned the station entrance into a memorial, piling up white flowers and signs with slogans like “black cops” and “blood for blood.” The station became the focus of several days of sometimes rowdy demonstrations.
“With regards to claims that there was a fatality at Prince Edward Station, there was no death report that day according to the station’s record,” the company said, adding that it “understands the public’s concerns about the incident at Prince Edward Station.” It released time-stamped, closed-circuit TV images of emergency services personnel bringing seven injured people out of the station on stretchers starting shortly after 1:30 a.m.
Hong Kong’s police “strongly condemn people who maliciously spread the death rumors,” the force’s senior superintendent, Yolanda Yu, said during a joint briefing with MTR and the local fire department.
Protesters have accused the rail operator of collaborating with police – who have fired tear gas inside MTR facilities – by closing stations and slowing train service during or after tense clashes between police and demonstrators.
The police force has said protesters inside the station that night “assaulted members of the public” and damaged property. “Upon receiving reports, Police entered the MTR stations to stop all violent acts and arrest offenders,” it said in a previous statement Aug. 31. MDT/Bloomberg 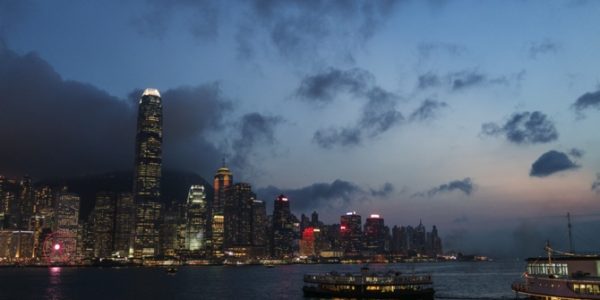 Hong Kong is months behind on tax collection 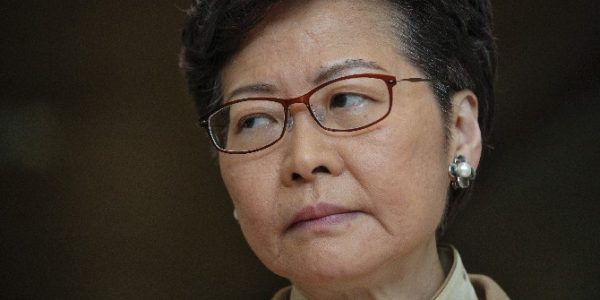