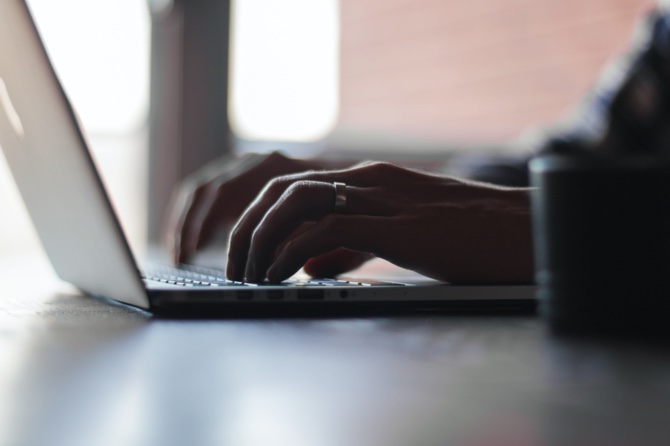 Hong Kong’s privacy chief said cases of online harassment have surged since the city’s protests erupted last year, as the government seeks new powers to take down posts and prosecute their authors.

Privacy Commissioner Stephen Wong said the agency received about 4,700 reports about doxxing and other types of harassment since June, with some 1,400 cases referred to police for criminal investigation. About one-third of the cases involve complaints about online attacks on the police, including the publication of personal details about officers and their families, Wong said.

“The internet has become a refuge for hate in Hong Kong,” he told an annual briefing.

The Hong Kong government is considering expanding the privacy commissioner’s powers to pursue criminal cases and to seek the removal of content from social media feeds and websites. Opposition lawmakers and human rights groups have questioned whether the regulations would unnecessarily limit free speech without providing sufficient privacy protections.

Hong Kong protest groups have relied on social media platforms such as Facebook and Telegram to organize a historic wave of protests over the past seven months, with some turning to the sites to criticize police officers whom they accuse of using excessive force. In October, Hong Kong’s High Court granted the government’s request for a court order banning the publication of officers’ personal information.

The Constitutional and Mainland Affairs Bureau outlined potential measures in a paper submitted to the city’s Legislative Council this week. Wong argued that the commission needed more powers to pursue harassment, adding that “restrictions on certain rights especially fundamental human rights like freedom of speech have to be proportionate to other competing rights.”

Investigations have so far resulted in eight arrests for exposing data without consent, one prosecution and no convictions, Wong said. “The success rate is nil,” he said.

Pro-democracy lawmaker Charles Mok said he was concerned that the proposals and the recent court orders could unfairly prioritize the police above other victims. He said the injunctions appeared to be part of an effort to erode internet freedoms in the former British colony.

Human Rights Watch urged the government to broaden the definition of personal data to include online and device identifiers, to impose strict conditions on sensitive personal data that reveals ethnicity or political and religious views. The group also called for a moratorium on government use of facial recognition until comprehensive privacy protections are introduced.

“The government appears to be empowering regulators, but not empowering individual rights when it comes to privacy,” said Maya Wang, a researcher with Human Rights Watch. Blake Schmidt & Shelly Banjo, Bloomberg