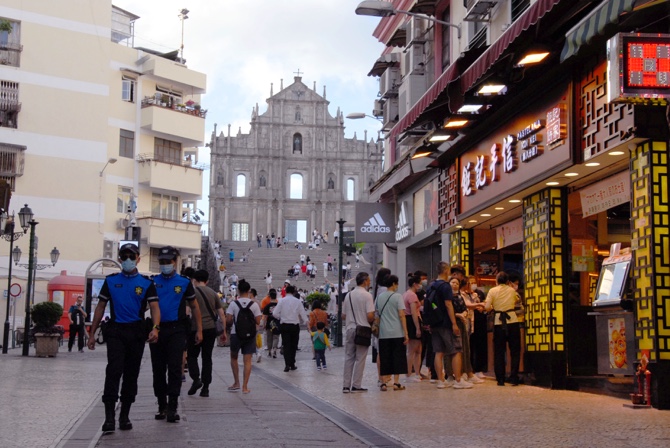 The number of guests of hotels and guesthouses has surged 94.3% to 5,480,000 in October,  data from the Statistics and Census Service (DSEC) has shown. The average length of stay was extended by 0.1 nights to 1.8 nights. From January to October 2021, the average occupancy rate for guest rooms increased 25.3 percentage points to 49.9% year-on-year.

116 hotels and guesthouses offered accommodation services to the public in October 2021, 3 less than the previous year. Meanwhile, the number of available guestrooms increased 0.9% to 36,000. The data excludes hotels designated for medical observation and self-monitoring of health. The number of overnight visitors between Zhuhai and Macau saw a decline of 63.9% from the previous month due to tightened cross-border measures in early to mid-October. The average occupancy rate of guest rooms dropped 4.9 percentage points from September to 44.6% in October. However, that figure represents a year-on-year growth of 4.8 percentage points.

The number of guests checked into hotels and guesthouses in October increased 1% from the previous year to 444,000, with mainland guests decreasing 5.6% to 340,000, and local guests increasing 35.6% to 78,000. Meanwhile, the average length of stay for guests increased by 0.2 nights to 1.9 nights. Staff reporter