How Hong Kong protests could lead to internet cut off 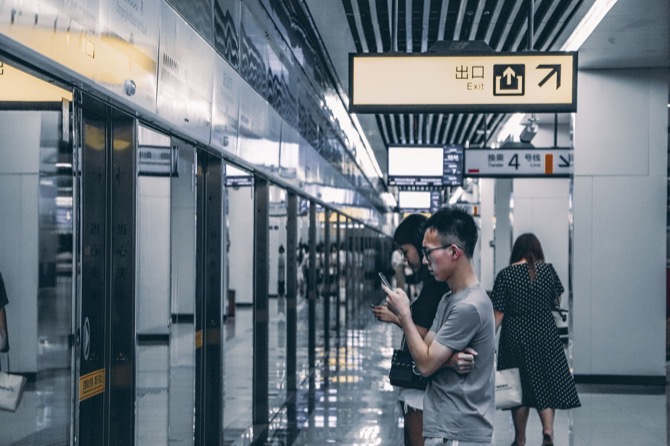 Hong Kong’s Chief Executive Carrie Lam has said all options are on the table as she tries to quell the pro-democracy demonstrations that have rocked the city for months – including invoking a colonial-era law that grants her broad powers similar to martial law. The last time it was used, in 1967, there was no internet. This time the law could be used to order the blocking of messaging apps or websites favored by protesters, or even to disrupt internet service entirely. Everyone living and working in the Asian financial hub would be affected, and the ripple effects could extend far beyond. “This would be worse than having the Chinese army come in,” said Francis Fong, honorary president of the Hong Kong Information Technology Federation, a trade group with more than 100 members including Microsoft, Cisco Systems, and IBM.

What is the emergency law?

The Emergency Regulations Ordinance, introduced by the British in 1922, can be invoked in case of emergency or public danger and affords the chief executive the power to make “any regulations whatsoever which he may consider desirable in the public interest.” Its provisions include arrests, property seizures, deportation, control of the ports and transportation – and censorship.

Does it cover the internet?

The law was written almost a century ago and has only been invoked once – during Hong Kong’s 1967 riots. That was well before the internet was created. But the authority granted specifically covers “the control and suppression of publications, writings, maps, plans, photographs, communications and means of communication.”

How could it be disrupted?

Many of the digital tools that protesters use to organize demonstrations, including the Telegram messaging app and LIHKG discussion forum, use cloud-hosting services. That means to block one site hosted on, say, Amazon Web Services, the government would have to block the entire AWS domain, which hosts thousands of websites.

Would it be just Hong Kong?

The city is one of the largest so-called core nodes of Asia’s optical fiber network, and has the region’s biggest internet exchange, which means traffic from outside could be slowed as it flows through Hong Kong. (That includes 80% of mainland China’s external web traffic, according to the Hong Kong Internet Service Providers Association.) Hong Kong also hosts more than 100 data centers operated by local and international companies, according to the ISP trade group. So it might be hard or impossible for someone in Singapore, say, to access certain data if it were stored on a server in Hong Kong.

Could someone get around it?

Even if the Hong Kong government were able to block certain sites, residents could use services called virtual private networks, or VPNs, that allow people to bypass these blockades by connecting to servers outside of the city. Russia, for instance, has blocked Telegram but users continue to flock to the messaging service by using VPNs that circumvent banned sites.

Can courts stop it?

There’s nothing overt in the emergency ordinance that says the judicial system can review the chief executive’s extraordinary actions, but current and past lawmakers say that citizens could try to challenge them in court.

What companies would be involved?

Hong Kong has hundreds of internet-service providers, but less than a dozen companies that operate mobile networks or provide actual infrastructure, like the optical fiber that connects homes and business to the internet. One of the biggest is PCCW Ltd., which is controlled by billionaire Richard Li. Large tech companies such as Amazon.com Inc. and Alphabet Inc.’s Google that operate data centers in Hong Kong would be affected. Many of these data centers power cloud services in the greater Asia-Pacific region, which in turn serve hundreds of thousands of companies around the world.

What about Hong Kong’s hub status?

Hong Kong hosts hundreds of international companies, many of which are located in the city – rather than mainland China – partially because it was easier to do business in a place that doesn’t censor the internet or block online tools and social networking websites such as Facebook and Twitter. The “one country-two systems” framework has allowed Hong Kong’s internet to bypass China’s so-called Great Firewall. “If we lose freedom of the internet, there is no Hong Kong any longer,” said Fong from the Hong Kong Information Technology Federation.

Where else has this happened?

India has cut connectivity in the region of Kashmir last month, when Prime Minister Narendra Modi scrapped its autonomy and imposed a military lock down. India has had the highest number of internet shutdowns in the world: 134 times in 2018, according to technology and human rights nonprofit Access Now. Globally, there were 196 documented shutdowns across 25 countries, up from 75 in 2016, it said. MDT/Bloomberg