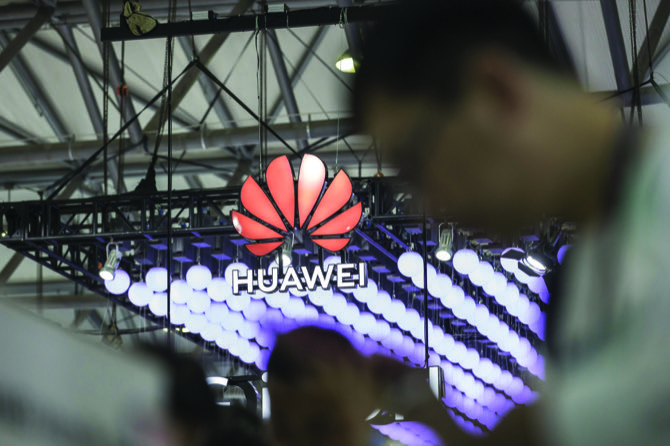 Huawei Technologies Co. lashed out at the U.S. government yesterday, accusing Washington of orchestrating a campaign to intimidate its employees and launching cyber-attacks to infiltrate its internal network.

China’s largest technology company claimed the American government had instructed law enforcement agencies to threaten and attempt to manipulate its employees. Huawei also accused the U.S. of launching attacks against its networks, the company said in a statement without saying how it obtained that information.

The accusations ratchet up tensions between Huawei and the Trump administration, which has accused the networking giant of aiding Beijing in espionage and labeled it a national security risk. Washington has blacklisted the Chinese company, curbing the sales of the technology Huawei needs to make phones and telecommunications equipment.

“It has been using every tool at its disposal – including both judicial and administrative powers, as well as a host of other unscrupulous means – to disrupt the normal business operations of Huawei and its partners,” the company said. Other measures included “instructing law enforcement to threaten, menace, coerce, entice, and incite both current and former Huawei employees to turn against the company and work for them.”

Representatives for the U.S. National Security Council didn’t immediately respond to requests for comment outside of normal hours.

Huawei has become a focal point for U.S.-Chinese tensions, regarded by some as a bargaining chip in sensitive trade negotiations. The company is grappling with an existential threat after Washington blocked it from purchasing American technology, cutting off vital supplies from Qualcomm Inc. chipsets to Google’s Android operating software. The U.S. has also urged countries and companies to reject Huawei technology in their next generation of wireless networks, telling allies it could put their citizens’ data at risk of espionage.

Those efforts squeezed a company that had been on the cusp of dominating fifth-generation networking, the technology that will underpin future modern economies. Billionaire founder Ren Zhengfei warned in an internal memo in August his company faced a “live or die moment.”

The smartphone maker’s statement came in response to an Aug. 30 Wall Street Journal report, which cited unidentified sources as saying the Justice Department was investigating the alleged theft of patents by Huawei. The company again denied it had ever stolen technology, then launched into a litany of accusations against the Trump administration itself. Among the claims it listed: that the U.S. was detaining shipments, denying visas, sending federal agents to employees’ homes and even impersonating Huawei staff to entrap legitimate workers.

“We strongly condemn the malign, concerted effort by the U.S. government to discredit Huawei and curb its leadership position in the industry,” the company said. “No company becomes a global leader in their field through theft.” Edwin Chan, Bloomberg