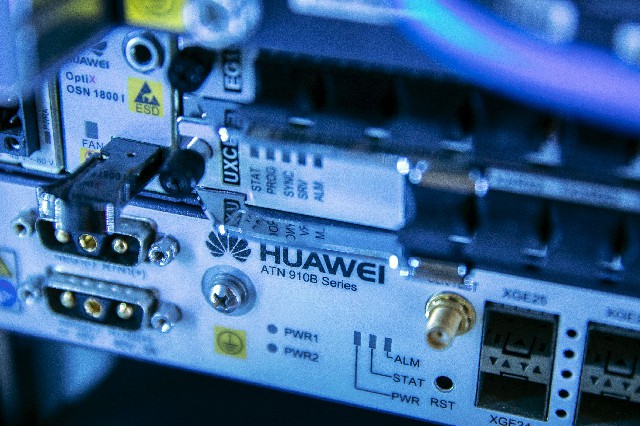 Huawei Technologies Co.’s lobbying spending spiked in the third quarter as the Chinese telecom giant hired a fundraiser for President Donald Trump with deep ties to Republican leadership to help it fight back against the administration’s blacklisting of the company from the U.S. market.
Huawei spent a company record of $1.8 million on federal lobbying in the three months ending in September, up from $30,000 in the same period last year, when it had largely shut down its lobbying presence in Washington and whittled its office down to a skeleton staff.
Of the total, Huawei spent an eye-popping $1.7 million to pay lobbyist Michael Esposito, according to federal disclosures. Esposito, whose hiring was disclosed in August, describes himself a member of Trump Victory, the joint fundraising committee that includes the president’s reelection campaign and the Republican National Committee, according to a biography on the website of his firm, Federal Advocates Inc.
Even by K Street standards, the sum is extraordinary, and it exceeded the third-quarter spending of many trade groups considered among Washington’s most powerful players, such as the Consumer Technology Association, the American Petroleum Institute, and the National Federation of Independent Business, each of which spent more than $1 million.
Huawei hired Esposito to help with its fight over a five-month-old ban by the Commerce Department, which blocks U.S. companies from selling components to China’s largest technology company in the name of national security. Huawei denies that it’s a threat.
Esposito lobbied at the White House, the Commerce Department and its Bureau of Industry and Security, which oversees the so-called entity list that bans Huawei, according to a federal disclosure that he filed.
Huawei and Esposito didn’t immediately respond to requests for comment.
Huawei is also pursuing a legal and public-relations campaign against the ban, which requires American firms to obtain a government license in order to sell to it. The company has been increasing its outreach to the press. Last week, Huawei hosted a reception for journalists during the International Monetary Fund meetings at the rooftop bar of a swank Washington hotel blocks from the White House.
Journalists nibbled on shrimp tempura, crab cakes and pork belly with views of the Washington Monument and Commerce Department in the background as they mingled with company executives, including Andy Purdy, a former security official for the U.S. Department of Homeland Security under President George W. Bush. Guests received tote bags containing a collection of interviews with the company’s founder and chief executive officer, Ren Zhengfei.
In March, Huawei registered lobbyists for the first time since 2012, including Samir Jain, a Jones Day partner who was a cybersecurity official under President Barack Obama. The company also hired Boston-based Racepoint Global Inc., a communications firm specialized in technology matters, and BCW LLC, a communications firm owned by global advertising and marketing group WPP Plc.
Huawei also has engaged law firms Sidley Austin LLP, Steptoe & Johnson LLP and Squire Patton Boggs. The company is fighting a U.S. criminal case for allegedly violating U.S. sanctions on Iran. Sidley Austin is defending Huawei and a U.S. affiliate against charges that they defrauded at least four banks by concealing business dealings in Iran in violation of U.S. sanctions.
Meng Wanzhou, Huawei’s chief financial officer and the daughter of Zhengfei, was also charged in the case. She remains on bail with conditions in Vancouver while she fights extradition to the U.S.
The ban hasn’t crimped Huawei’s revenues, which grew 24% in the first ninth months of 2019, boosted by a 26% jump in global smartphone shipments. Ben Brody, Bloomberg 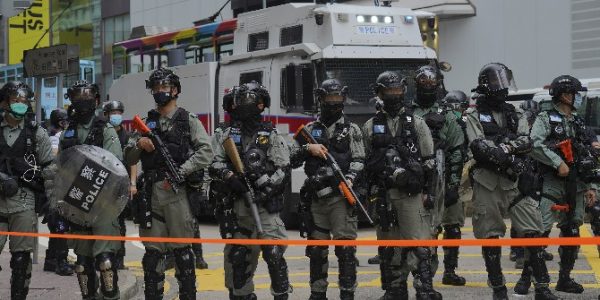