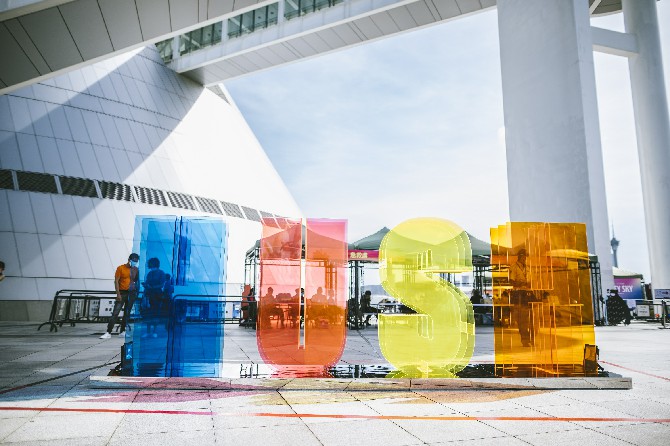 The city’s “hush! 2021” concerts kick off this weekend, showcasing 50 local bands, musicians and artists who will participate in Macau’s annual pop music extravaganza.
This year’s event is themed “musical feasts along the coast,” referring to Macau’s position as “a coastal city which embraces different cultures from all over the world, imbuing its pop music with the characteristics of openness and diversity which create a unique cultural landscape of its own,” according to a statement issued by the Cultural Affairs Bureau.
The music event “Listen to hush! in the Tent” will open at the Macao Science Centre Square on November 6 and 7, offering the audience a variety of genres such as rock, jazz, folk, electronic, punk, heavy metal, pop and a cappella music.
There will be collaborative performances combining electronic music, BMX demonstrations and skateboarding. There will also be nearly 100 booths selling local cultural and creative products and co-branded hush! products, offering concert-goers a diverse range of creative products and food from Macau.
The “Coastal Rock Concert,” presented for the first time this year, will be held on November 21, and will be in two parts. The first part, “Music Whirling under the Big Tree,” will be held at Barra Square, where performances of handpan and modern folk music will be presented. Later, several bands will board a dredger owned by SJM Resorts, S. A. and perform on the water while the sun sets.
Built in 1965, the dredger “STDM No. 1” has been retired from service, but since been turned into a lifting barge. Several seats over the sea will be provided and members of the public may reserve seats to enjoy the performance up close.
On November 19, the concert “Lost in Cities – Looking for Rainbow” Electronic Music Night will be held at the Macao Contemporary Art Centre – Navy Yard No. 2, where electronic music artists will debut their latest creations produced using the Subsidy Programme for the Production of Original Song Albums. The next day, the “Upbeat Power Concert” will feature Japanese rock, heavy metal and pop music.
Set against the beautiful backdrop of the old quarters of the Inner Harbour and the coast of Wan Chai in Zhuhai, the “Rooftop Sunset Concerts” will be held at the Ponte 9 Rooftop on the evenings of November 27 and 28. The rooftop series will include the concert “Ladies Voices in Sea Breeze,” featuring several female artists, as well as the concert “The Comfortable World of Music,” showcasing a variety of genres from acoustic music to electronic music and singing bowls.
This year’s hush! will also feature a range of music workshops. LV