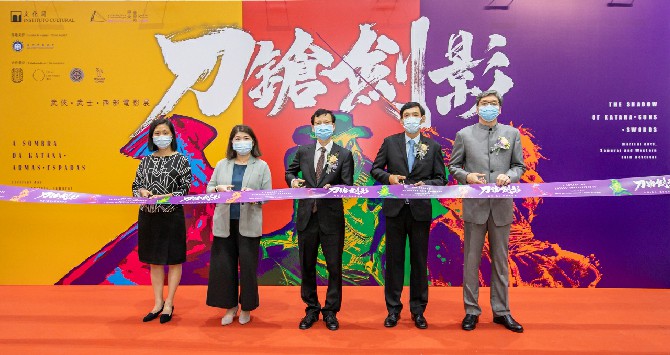 The Cultural Affairs Bureau (IC) is set to hold “The Shadow Of Katana•Guns•Swords—Martial Arts, Samurai and Western Film Festival” at the Cinematheque Passion from August 6 to September 18, featuring a collection of 25 classic films in the martial arts, samurai and Western genres.
The bureau said the classics were divided into five sections for screening: “The Aesthetics of Violence,” “Literary Flavors in Action Films,” “Western Guns and Eastern Swords,” “Heroines” and “Special Screenings.” There will be two post-screening talks during the film festival.
The first post-screening talk will be held after the screening of the film Warriors from the Magic Mountain on August 28. In it, local scholar Professor Lei Kun Teng and local writer Tai Pei will talk about literature and film.
For the second post-screening talk on September 5, local director Chan Nga Lei and local film reviewers Leng Wu Chio and Lei Ka Hon will take the audience to the world of martial arts heroes, cowboys and samurais after the screening of the film Sukiyaki Western Django.
“During the festival, a number of films will be screened, including Harakiri directed by the famous Japanese director Masaki Kobayashi, which received the Cannes Film Festival’s Special Jury Prize, and Once Upon a Time in the West, an epic Spaghetti Western film, which allows the audience to review classical films and introduces outstanding pieces to young spectators from novel and interesting perspectives,” the IC announcement reads. Staff reporter