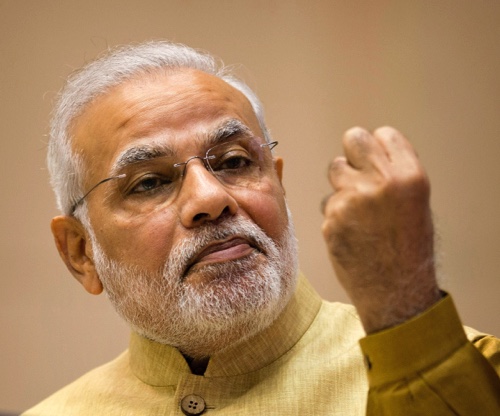 The United States and India said yesterday they had resolved a dispute over stockpiling of food by governments, clearing a major stumbling block to a deal to boost world trade.
India had insisted on its right to subsidize grains under a national policy to support hundreds of millions of impoverished farmers and provide food security amid high inflation.
The U.S. and others in the World Trade Organization, meanwhile, were more focused on ensuring their food exporters weren’t disadvantaged by the possibility of surplus Indian grain flooding the world market.
The dispute had held up implementation of a WTO agreement to reduce customs red tape that the organization estimated could boost global trade by USD1 trillion. WTO agreements require ratification by all member countries.
India and the U.S. did not announce details of their new deal, but India had objected to a four-year limit on a so-called “peace clause” that protected developing nations from being punished if they breached the WTO’s cap on food subsidies.
To ensure poor farmers continue to grow grain, even when market prices are low, India guarantees them a certain price and then stores the crops either for welfare or sale on the open market. India is one of the world’s largest grain exporters and the low cost of its production and procurement system means it can sway world prices.
Both countries said their agreement should clear the way for immediate implementation of the WTO pact.
“We are extremely happy that India and the U.S. have successfully resolved their differences related to the issue of public stockholding for food security purposes,” India’s Commerce and Industry Minister Nirmala Sitharaman said in a statement.
The India-US agreement, now headed for review by the WTO’s general council, was announced as both Prime Minister Narendra Modi and President Barack Obama were visiting Myanmar for regional summits.
The WTO has said the Trade Facilitation Agreement could increase total world trade to $23 trillion from its current estimate of $22 trillion. India’s stance on food subsidies had threatened to render the WTO irrelevant after a decade of inertia in trade talks.
“With the WTO confronting a mounting crisis of confidence,” Modi and Obama had stepped up efforts to break the impasse, holding several productive meetings including during Modi’s visit to Washington in September,” U.S. Trade Representative Michael Froman said in a statement.
“In recent days, officials of both governments worked intensively and reached an agreement that should give new momentum to multilateral efforts at the WTO,” he said.
Critics of the WTO rules had said they could hinder countries from setting their own priorities in environmental protection, worker rights, food security and other areas. And they say sudden reductions in import tariffs can wipe out industries, causing job losses in rich and poor countries.
“Many countries saw merit in what we were asking for. India was not alone or isolated,” Sitharaman said. Katy Daigle, New Delhi , AP