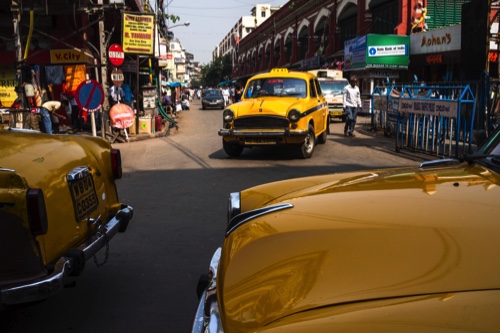 Indian police said yesterday that they are searching for a taxi driver from the international cab-booking service Uber for allegedly raping a young woman in the capital.
Investigators found a taxi that was abandoned by the 32-year-old driver, police officer Alma Ming said.
Ming said the woman, who works at a finance company, was returning from a dinner engagement Friday and used the mobile app Uber to hail a car to drive her home.
The Press Trust of India reported that the 26-year-
old woman dozed off during the drive. When she woke up she found the car parked in a secluded place, and the driver then threatened her and raped her, PTI said.
The company suspended the driver’s account following the allegation and will help the police in its investigation, Evelyn Tay, a spokeswoman for Uber said in a statement posted on the company’s website. An investigation into the case is underway, Madhur Verma, deputy commissioner of police for North Delhi, said by phone yesterday.
The rape allegation threatens to hurt Uber’s business in India just months after it got into trouble with the nation’s central bank over its payment gateway. The Reserve Bank of India closed a loophole that let the company provide a simpler payment system compared with local rivals.
The maker of the ride-
hailing application now operates in 11 cities in the country, making India its biggest market after the US. It started a service on Nov. 20 using very small cars under the brand UberGO, promoted as an alternative to India’s non air-conditioned taxis. AP/Bloomberg