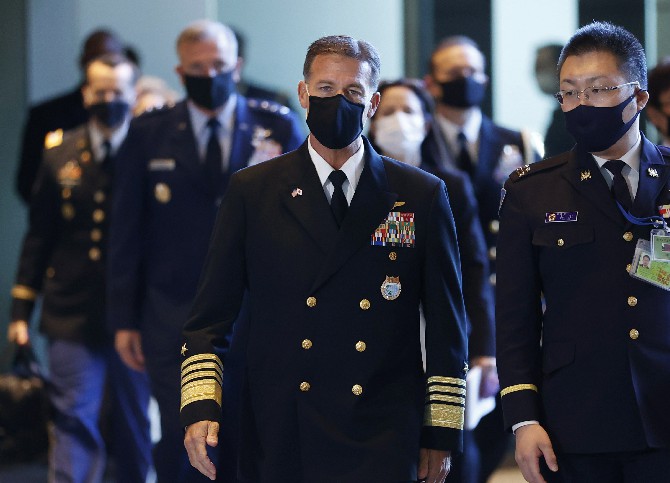 The head of the U.S. Indo-Pacific Command said yesterday [Macau time] the United States and its allies need to operate with a greater sense of urgency amid rising tensions and China’s increasingly assertive military actions.
Adm. John C. Aquilino reaffirmed America’s commitment to achieving a free and open Indo-Pacific region during meetings with allies at the Halifax International Security Forum.
“Look at what the Chinese have said. President Xi (Jinping) has tasked his forces to be at a level of military parity with the United States by 2027. Those are his words,” Aquilino said in a meeting with journalists.
Aquilino said the U.S. and its allies need to work together more frequently in international waters to build interoperability so they can operate together quickly if needed.
“We need to deliver capabilities sooner and faster,” he said
Tensions have heightened as the Chinese military has dispatched an increasing number of fighter jets near the self-ruled island of Taiwan, which Beijing considers part of its territory. China has threatened to use force to unite with it if necessary.
This week Chinese coast guard ships also blocked and sprayed water at two Philippine boats carrying supplies to a disputed South China Sea shoal in a flare-up of long-simmering territorial disputes in the strategic waterway.
China claims virtually the entire South China Sea and has transformed seven shoals into missile-protected island bases to cement its assertions, ratcheting up tensions and alarming rival claimants and Western governments led by the U.S.
President Xi has overseen an assertive foreign policy and expansion of the party’s military wing, the People’s Liberation Army. It has the world’s second-largest military budget after the United States and is developing submarines, stealth aircraft and ballistic missiles that can carry nuclear warheads.
“They are working at a very accelerated pace,” Aquilino said.
The U.S. and its allies have been promoting the goal of a free and open Indo-Pacific to ensure peace, free navigation and rule-based international order in the key international sea lanes, a move also joined by Japan, Australia and India in a framework known as the Quad. The strategic dialogue is seen as a move to counter China’s increasing influence in the region.
Britain and France, as well as some other nations, have also shifted their attention to the region and recently conducted joint military exercises.
China has defended its growing maritime activities, saying it has the right to defend its sovereignty, security and development interests.
“We are fighting for our values and our ability to be free. Those are the stakes,” Aquilino said.
“The difference between free and open or authoritarian and closed. Which Indo-Pacific would you like to be a part of? It’s clear for the like-minded nations,” he added
Aquilino met with the Canadian chief of defense along with Canada’s minister of defense on Friday.
In its 13th year, the Halifax International Security Forum attracts defense and security officials from Western democracies. About 300 people gather each year in an intimate setting at Halifax’s Westin hotel. MDT/AP 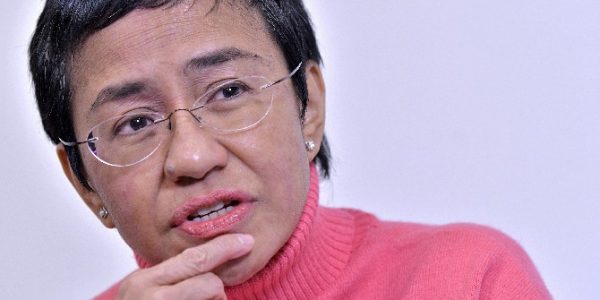