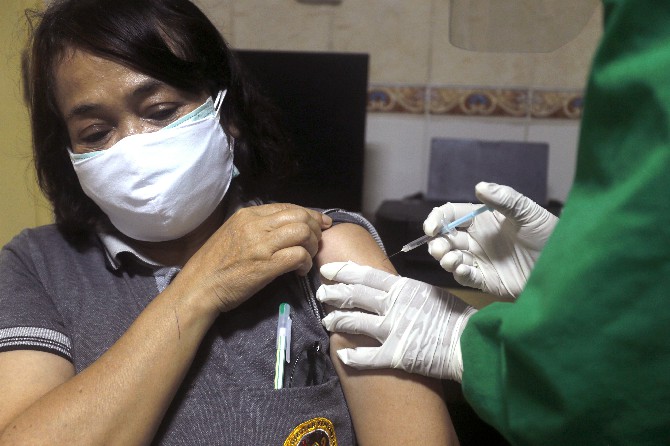 Indonesia’s Food and Drug Authority yesterday green-lighted emergency use of the COVID-19 vaccine produced by China-based Sinovac Biotech Ltd., with vaccinations of high-risk groups expected to start later this week.
Conditional vaccination of healthcare workers and other civil servants using the vaccine, called CoronaVac, is expected to begin this week.
“Based on the data and considering the guidance from (the World Health Organization), CoronaVac has met the requirements to get the permit to use the vaccine,” the chief of Indonesia Food and Drug Monitoring Agency, Penny Lukito, said at a news conference.
Indonesian President Joko Widodo said he would be the first person to receive the vaccine.
“Why is the President first? It’s not about putting myself first, but to ensure everyone that this vaccine is safe and halal,” Widodo said on social media.
The vaccine was cleared for emergency use after Indonesian authorities reviewed clinical trial data from Brazil, Turkey and Indonesia, which are all taking part in Phase III clinical trials of the vaccine.
Brazil’s Instituto Butantan said last week that the vaccine was 78% effective in mild cases and 100% effective against severe and moderate infections based on 220 COVID-19 cases from 13,000 volunteers.
In December, Turkish authorities announced an efficacy rate of 91.25% from interim analysis of 29 cases in a trial with 7,371 volunteers. Some 12,450 volunteers, including 1,500 healthcare workers, are involved in the Phase III clinical trials. Further results have not been made publicly available.
Indonesia conducted its own Phase III clinical trials of the vaccine with 1,620 volunteers. Results announced at yesterday’s news conference said the efficacy rate was 65.3%.
Indonesia’s highest Islamic body, the Indonesian Ulema Council, announced last week that the COVID-19 vaccine is halal, or fit for consumption by Muslims, further paving the way for use and distribution in the world’s most populous Muslim country.
But some experts have said they would prefer more data from the clinical trials.
Griffith University epidemiologist Dr. Dicky Budiman said that many people have questioned and expressed doubt about the vaccine, as the data Indonesia used for emergency authorization is only preliminary.
Research into the vaccine is not completed yet and will still take some time, he said.
Sao Paulo’s Butantan Institute, Sinovac Biotech Ltd.’s partner in Brazil, did not disclose data such as results by age and gender or the number of asymptomatic volunteers in the sample, which many epidemiologists require to assess whether the shot complies with safety standards. Officials in Brazil said details would be published after Brazil’s health regulatory agency approves the vaccine.
Authorities in China and Bolivia have both issued emergency authorization for the CoronaVac vaccine. Chinese health officials have said that some 9 million doses have been administered in China. MDT/AP