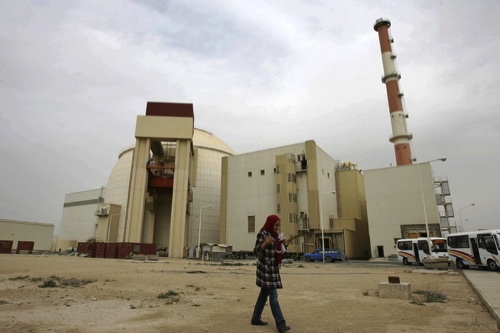 U.S. Secretary of State John Kerry is warning of “serious gaps” in the talks about a nuclear deal with Iran, and if major differences persist the possibility of extending past today’s deadline is seeming more likely.
Discussions on going past that deadline have not begun between Iran and the U.S. — the lead players in negotiations that formally group six world powers on one side of the negotiating table and the Islamic Republic on the other.
One American official familiar with the talks said Saturday the U.S. has not wanted to prematurely raise the possibility of an extension because that could take pressure off the Iranians.
However, as the clock ticks toward the deadline, the official — who demanded anonymity because his information was confidential — said discussion of an extension was inevitable.
The United States — backed by Russia, China, Britain, France and Germany — is seeking a deal that cuts, and puts long-term limits on, Iranian nuclear programs that could be used to make weapons. Iran says it does not want such arms but is negotiating in the hope of reducing sanctions imposed because of its nuclear activities.
In addition to lingering debate over stockpiles of uranium gas that can be enriched to levels ranging from reactor fuel to the fissile core of nuclear arms and permissible numbers of centrifuges that do the enriching, Iran is eager for immediate and comprehensive sanctions relief. The U.S. is holding to a strict incremental timetable that would allow penalties to be quickly re-imposed in the event of Iranian non-compliance.
In addition to Kerry’s note of pessimism on Saturday about the talks, German Foreign Minister Frank-Walter Steinmeier said the sides are “still far apart” on some questions. Success or failure, he said, “is still completely open at this point.”
Kerry’s outlook on the talks jibed with comments from diplomats familiar with the discussions, who said prospects for a final agreement by deadline appeared slim. Matthew Lee and George Jahn, Vienna , AP