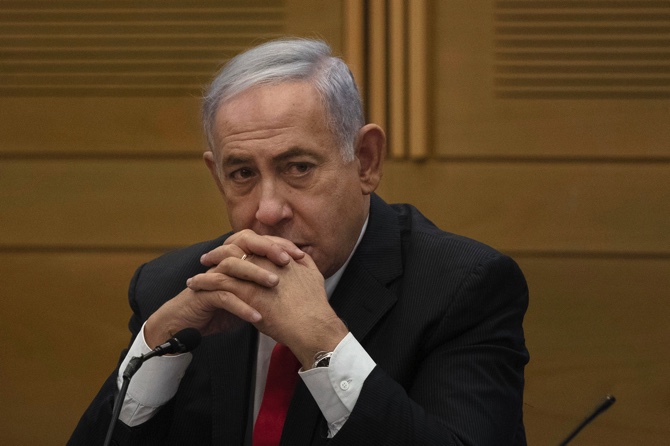 Former Israeli Prime Minister Benjamin Netanyahu is negotiating a plea deal in his corruption case, a person involved in the talks said Sunday.

The deal, which could be signed as early as this week, could usher Netanyahu off the Israeli political stage for years, paving the way for a leadership race in his Likud party and shaking up Israeli politics. Any deal could spare Netanyahu an embarrassing and protracted trial over an issue that has gripped the nation and risks tarnishing his legacy.

Reports of a deal angered critics who said a it would undermine the rule of law.

“The man who worked to destroy the public’s trust in the foundations of democracy for personal reasons is not eligible for deals,” Health Minister Nitzan Horowitz tweeted. He was referring to Netanyahu’s attempts after he was indicted to cast doubt on Israel’s justice system, saying it was biased and pursuing a witch hunt against him.

Demonstrators gathered against the developing deal outside the attorney general’s house Saturday evening. Any deal will likely be challenged in court.

The person involved in the negotiations said the plea deal would drop the bribery and fraud charges and scrap one case entirely. Tia GOLDENBERG, Tel Aviv MDT/AP