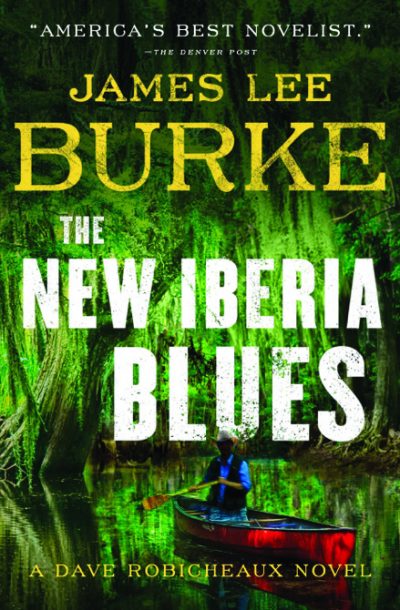 James Lee Burke’s novels have mysteries that light the fuse of the story, but the almost poetic prose sets his novels apart. A boy that detective Dave Robicheaux knew almost 25 years ago left town to pursue his dream of becoming a Hollywood film director. Desmond Cormier found success and moves back with awards and respect. Robicheaux meets him not to congratulate him, but to inquire about the body of a young woman who was found brutally murdered near his property. Cormier says he has no idea what happened, but Robicheaux has his doubts.

Soon another suspect becomes the prime candidate when one of Robicheaux’s friends says he saw a man jump off a train and run away. He regrets not reporting it sooner, and it becomes clear that he witnessed the escape of an inmate named Hugo Tillinger who was in prison for murder and arson. He had claimed he was innocent and an organization known for helping prisoners overturn their convictions was looking into his case. The woman who met with Tillinger is Robicheaux’s murder victim. It seems like an open-and-shut case, but evidence and motive are never that transparent.

This time the story is not about the mystery itself, but more about the lyrical journey into Robicheaux’s past and present that will keep the readers in awe. Jeff Ayers, AP