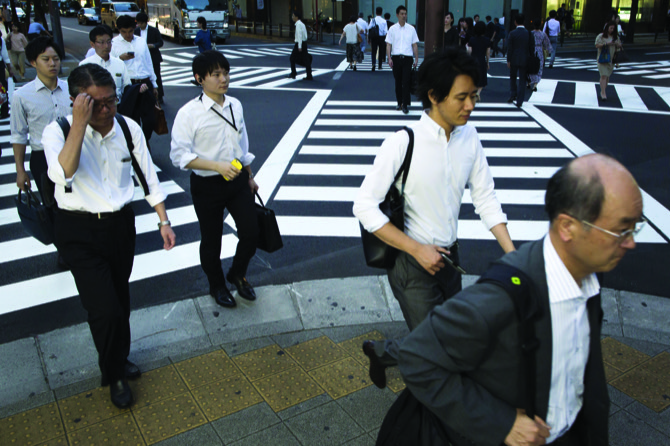 Japanese regulators are starting to look into underwriting practices in the nation’s corporate bond market, where banks routinely say deals are successful even in cases when they are under-subscribed.

The move suggests that the potential damage to some investors in Japan’s 76 trillion yen (USD669 billion) company note market is getting too big for the government to ignore. Bloomberg reported last month that underwriters in Japan failed to fully sell at least 29 percent of corporate debt offerings in September, twice the average over six months, based on interviews with investors, underwriters and issuers.

As part of its regular discussions with market participants, the Financial Services Agency plans to ask whether domestic brokerages often get stuck holding onto company notes they couldn’t sell as a result of mispricing, according to Hidenori Mitsui, director-general of the policy and markets bureau.

Officials may “encourage” relevant players to improve their practices if they find that underwriters are indeed often failing to sell all of the debt, he said in an interview. The FSA will likely do so if officials find structural defects in the market that could hold back growth, according to Mitsui.

“I don’t mean to say a lot about individual deals that went unsold, but I am very interested in the phenomenon from the perspective of how we can make a better market,’’ Mitsui said.

In all the cases that Bloomberg has reported on, underwriters said the deals were sold out, in claims that people familiar with the matter said may be intended to hide a lack of demand and ensure good relationships with bond issuers. The brokerages often sell the leftover securities to favored clients later at a discount, hurting investors who paid more for the bond at the initial offering, the people say.

Still, the agency has no intention to try to forcefully correct market practices that generate unsold bonds, and those practices aren’t against the law, he said. The questions are part of the FSA’s efforts to improve the functioning of Japan’s corporate debt market, Mitsui said.

Bond deals by some of the nation’s biggest companies have failed to sell out recently, including those from Japan Airlines Co., Japan Tobacco Inc., Honda Finance Co. and Idemitsu Kosan Co., according to information obtained by Bloomberg. Spokespeople for those four companies said their banks told them that all of the debt sold.

The percentage of deals with unsold bonds rose further last month, to at least 31 percent, according to Bloomberg interviews with market participants.