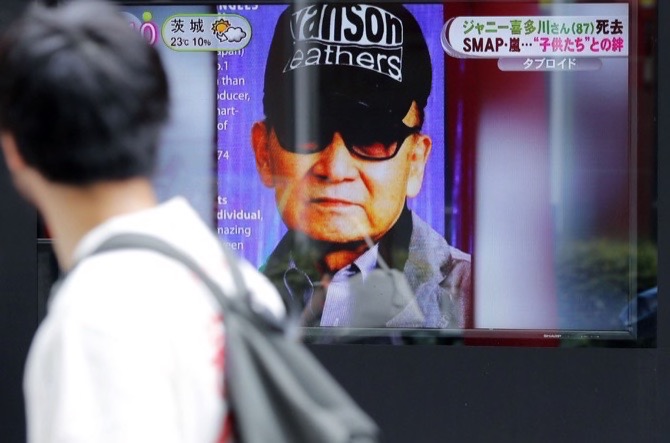 Johnny Kitagawa, a kingpin of Japan’s entertainment industry for more than half a century who produced famous boybands including Arashi, Tokio and SMAP, has died. He was 87.

Kitagawa, better known as Johnny-san, died from a subarachnoid hemorrhage Tuesday at a Tokyo hospital, where he had been treated after falling unconscious June 18, according to his office, Johnny & Associates.

Kitagawa established his office in 1962, producing a four-man group called the Johnny’s and spearheading Japan’s entertainment scene. He sent many artists to fame, not only in Japan but in recent years across Asia.

Creating boybands was a challenge to cultural norms in Japan back then, but his talent agency grew to dominate the country’s entertainment market.

The artists he produced set the standards for Japanese male idols, and “Johnny’s” became a word for attractive men. AP