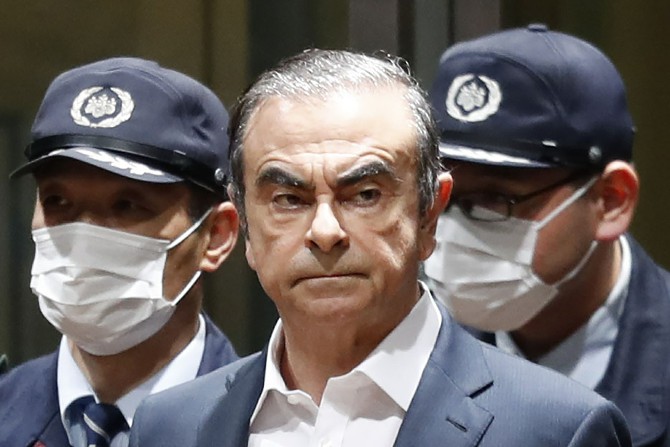 Japan said it would tighten immigration procedures in the wake of Carlos Ghosn’s dramatic escape from the country after skipping bail, and ordered an investigation on how the former Nissan Motor Co. chief disappeared.
Justice Minister Masako Mori said authorities were “promptly” asked to find out how Ghosn left Japan without detection once she became aware of the incident. She also told the immigration agency to strengthen its departure controls to avoid similar events in the future, according to a statement yesterday.
It’s the first time a Japanese official has commented since news emerged on New Year’s Eve that the fallen auto titan has fled to Lebanon. Authorities are under immense pressure to find out how one of the country’s most high-profile suspects in recent years escaped despite being under round-the-clock surveillance
Prior to his escape, Ghosn leveraged his fame to draw unwanted attention to Japan’s entire legal system, criticizing what he described as vast freedoms for prosecutors to force bogus confessions out of suspects.
The 65-year-old multinational was arrested in Japan on allegations of financial misconduct on Nov. 19, 2018, while he was chief executive officer of Renault SA and chairman of Nissan. After lengthy prison stays, Tokyo’s district court let Ghosn post bail last March, overruling prosecutors’ objections that he was a flight risk.
The justice minister said she believed Ghosn left Japan illegally as there were no records of him exiting the country. She vowed to take all possible steps so the nation’s criminal procedures will be implemented properly.
Details of how Ghosn fled remain thin. Japanese media reported surveillance footage shows he left the house alone on the day of his disappearance but didn’t return, contrasting with speculation that he was smuggled from the premises inside a large musical case brought in earlier.
Ghosn was flown to Istanbul on a private jet and then on another to the capital of Lebanon, where he has citizenship, protecting him from extradition back to Japan. The two planes that transported him were deployed illegally using falsified records that didn’t mention Ghosn was a passenger, the aircraft’s operator said.
After making his escape, Ghosn released an email decrying the “injustice and political persecution” of the Japanese judicial system. He also faced charges of raiding corporate resources for personal gain. Ghosn has said the charges are false and were trumped up by Nissan executives, Japanese prosecutors and government officials who opposed his plans to more deeply integrate Nissan and Renault.
Mori and Tokyo prosecutors said Ghosn’s actions can’t be justified and are “very regrettable.” Mori also revealed that Ghosn’s bail was revoked and the International Criminal Police Organization, or Interpol, issued a Red Notice upon request of the Japanese government.
Ghosn plans to give a press conference on January 8 in Beirut to provide his version of events. He has said his family played no role in aiding his flight, and that he alone organized his departure. MDT/Bloomberg