K.Flay celebrates all her sides on CD ‘Solutions’ 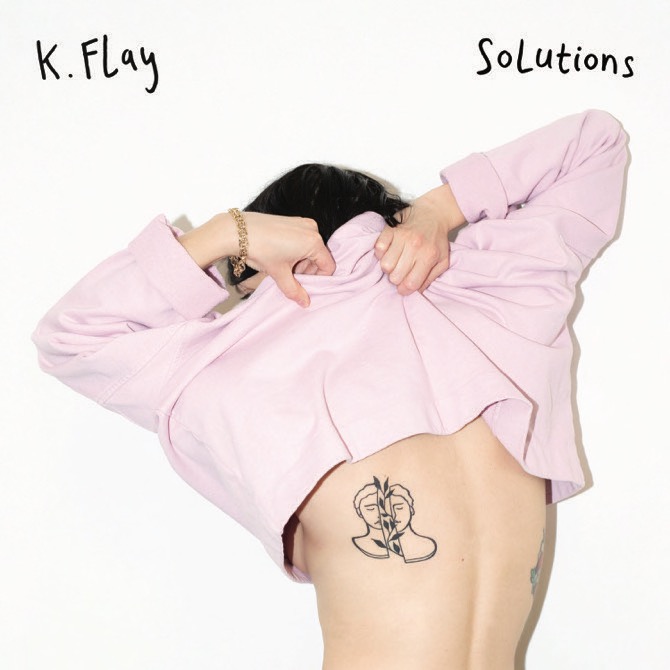 It’s always been hard to pin down K.Flay’s music. She’s a bit of a sonic chameleon, mixing elements of hip-hop, rock and indie pop with moods that go from brash to introspective. You’ll get no clear answers after listening to her new album “Solutions” — thankfully.

K.Flay, the stage name of Illinois-raised Kristine Flaherty, starts her third studio CD with the wonderfully autobiographical statement song “I Like Myself (Most of the Time)” and ends with a wistful tune about her father, “DNA.” In between, we get to celebrate all the gloriously different sides of an artist who resists getting boxed up in one genre.

There’s The B-52-ish “This Baby Don’t Cry” and the Lorde-adjacent “Bad Vibes.” She channels Weezer on the environmentally conscious “Not in California” and practically raps on “Good News.” Her thrilling vocals range from babyish to Joan Jett-ish.

K.Flay, whose biggest hit to date is her 2017 “Blood in the Cut,” got a song on the TV show “Riverdale” and has been featured on songs by X Ambassadors, Tom Morello and Mike Shinoda.

Imagine Dragons’ frontman Dan Reynolds is also a fan. He invited her to open for the Dragons on tour and signed her to his Interscope-distributed label, Night Street. (He gets a co-writing credit on her “This Baby Don’t Cry.”)

K.Flay had a hand in writing every song and plays guitar and keyboards on a few.

“Solutions” reveals a woman unbowed by social pressure, angry by adulthood’s lies and aware of her insecurities but not defined by them. She mocks overly posed Instagram photos, calls out fakers — “You’re the sequel that sucks” — and is modest about her goals:

“Everybody wants to count their calories and money and their likes/ Baby, my job is just to rhyme/ And I’m fine with that,” she sings on the opening song.

OK, but definitely count us as a like. Mark Kennedy AP Entertainment Writer