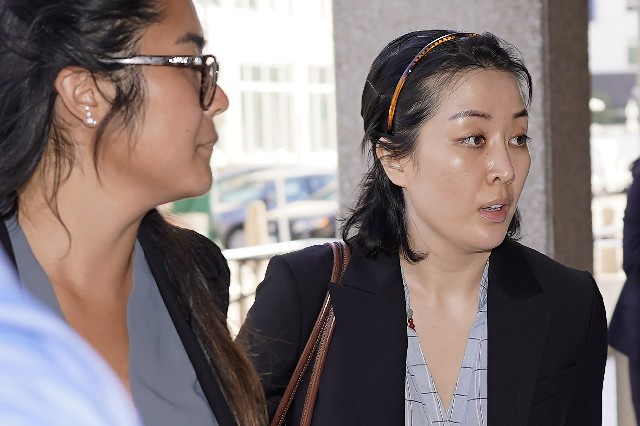 The prosecution in the murder trial of a wealthy San Francisco Bay Area real estate scion has hit a major snag: A key witness has been arrested on suspicion that he tried to contact a witness for the defense.
Prosecutors now may not allow Olivier Adella to testify at the trial of Tiffany Li and her boyfriend Kaveh Bayat, the Mercury News in San Jose reported Friday.
The couple is charged with murder in the 2016 killing of Keith Green, the father of Li’s children.
Adella was arrested Thursday, the day the trial was scheduled to begin. Opening statements are now set for Tuesday.
Li has been free on bail since 2017 after her family, which made millions from Chinese construction projects, posted an astonishing $35 million bail that has allowed her to stay in her Hillsborough mansion pending trial. Bayat was never able to post his bail and remains in custody.
Green’s body was found along a dirt road in Sonoma County nearly two weeks after he had been last seen meeting with Li to discuss custody of their children. Prosecutors say she feared losing custody to him.
Adella is a former co-defendant who was expected to testify that the pair asked him to dispose of Green’s body.
Defense attorneys say Adella is an unreliable witness who reached a plea deal for a reduced charge. They say he reached out to his former girlfriend after not talking to her for years, saying he knew she was working with the defense.
“We were having difficulty convincing her to come because she was already afraid of him,” said Geoffrey Carr, Li’s attorney.
But Adella’s attorney, Dek Ketchum, said the messages were the result of “bad judgment” and they never had a conversation about the case.
Green and Li met around 2009 when he was 21 and she was 23. He was a high school football star from a blue-collar neighborhood while Li was rich and educated. AP