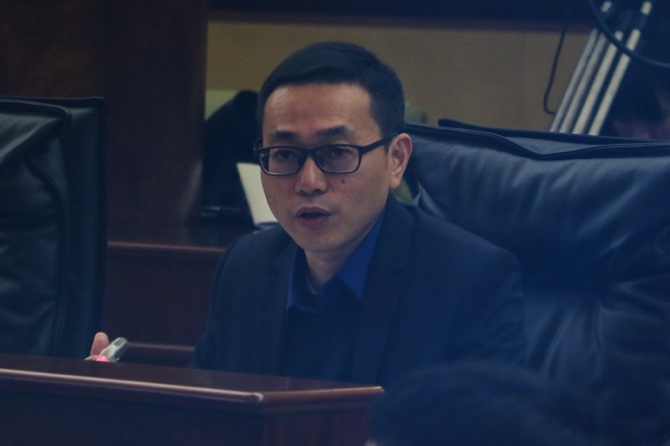 Lawmaker Lei Chan U has challenged the government’s intention not to include an explicit right to strike in the Trade Union Bill.

In a statement to the media, Lei stressed that the lack of an institutionalized right to take strike action is “more harmful to the society’s harmony, which violates the intention of the legislation regarding trade unions.”

He used the recent strikes conducted by workers regarding a food delivery app in Hong Kong as an example. He pointed out that because of the lack of a trade union, these workers directly initiated a strike. Businesses were shocked and could not respond effectively.

As Lei explained, this is a clear example of the need for an institutionalized right to strike.

He went on to point out that opposite to employees’ right to strike is the closure and dismissal rights of employers to avoid such “radical” actions.

Earlier, former lawmaker, Sulu Sou, made a post on his social media page, slamming the government for not including the rights to protest and bargain in the current version of the Trade Union Bill.

Without provisions in the legislation, Sou said, workers might be penalized for carrying out strike actions or undertaking collective negotiations. AL