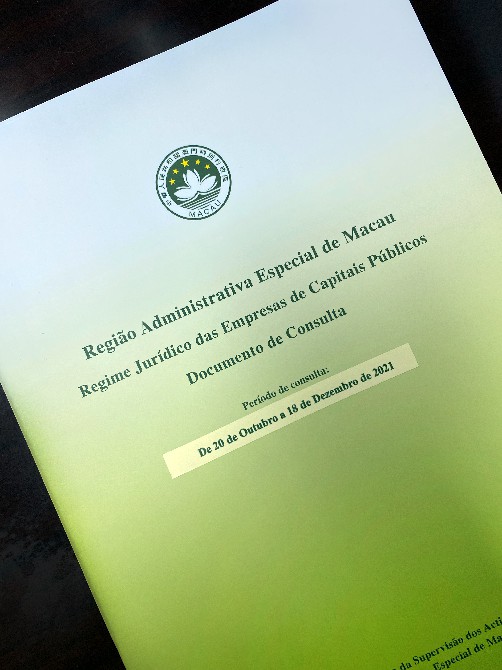 The public consultation on the legal regime of the publicly owned companies starts today and will take place until December 18 for a total of 60 days.
Opinions will be gathered from the public on the new legal regime launched by the government. The new legal regime will enforce added supervision over the use of the public assets by partially or fully owned public companies.
During a press conference held yesterday to launch the public consultation, Sonia Chan highlighted that the new regime aims the introduce several principles, namely, “the fulfillment of public interest, efficiency, impartiality and justice, market-oriented operations, and transparency and disclosure.”
The public consultation aims to collect opinions on four different parts, which are included in the document as different chapters. They are the goals and principles of the regime; the supervision over the publicly owned companies; duties and responsibilities of the boards of the companies; and selection and appointment of members of the boards as well as the business performance evaluation.
The GPSAP director told the media that the supervision would be done by a new entity in charge of such a duty but added that it has not been decided which governmental body this entity would be under.
Some of the likely options may be that the supervisory entity will respond either directly to the Chief Executive or be under the Secretariat of Economy of Finance but Chan said that a final decision would be taken at a later stage by the CE.
Questioned on when this new regime would take effect, Chan admitted that the process is now just starting and some time will be needed until it can be fully operational.
“Now, we are going to have a public consultation period that will be held for 60 days. After that, there is a period of 180 days to produce the final report [which will include the draft bill of the regime]. This would be then forwarded to the Executive Council for analysis and only after that will continue to the Legislative Assembly (AL) for further discussion and approval,” she said. She noted that it might be at least one full year until all this process is concluded.
Chan also explained that, in the cases where the companies are fully owned by the government, all reports and evaluations should be turned public, adding that in the cases where the government holds lower than 50%, “the government cannot demand for public disclosure and this can be waived, since the government does not have a majority position.”
The director also noted that under the new regime, publicly funded companies would be required to produce yearly reports on both their planned activities as well as on the achievements of their operations.
According to the GPSAP, the public consultation will include two public sessions, and three exclusive sectorial sessions aimed respectively to the AL lawmakers, representatives of the publicly owned companies, and representatives of different professional sectors.