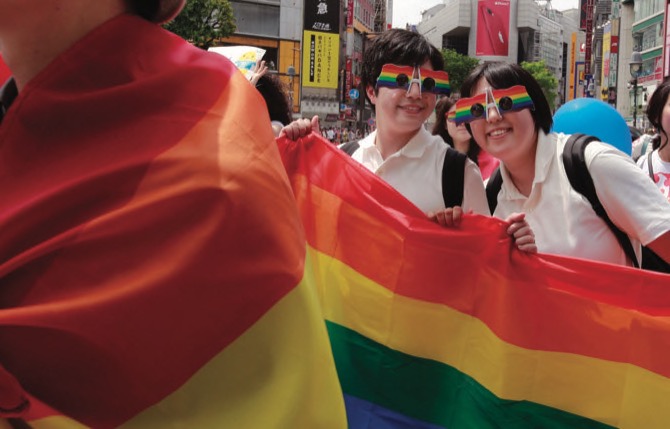 Rights Watch urged Japan yesterday to drop its requirement that transgender people be sterilized before their gender is changed on official documents.

A 2004 law states that people wishing to register a gender change must have their original reproductive organs removed and have a body that “appears to have parts that resemble the genital organs” of the gender they want to register. The Supreme Court in January rejected an appeal by a transgender man who wanted legal recognition without undergoing surgery, though the court acknowledged that the practice restricts freedom and could become out of step with changing social values.

“Japan’s government needs urgently to address and fundamentally revise the legal recognition process that remains anchored to a diagnostic framework that fails to meet international standards,” the report said. It said the law, which still defines gender incongruence as a “disorder,” is out of step with international medical standards.

The group based its report on interviews with 48 transgender people and legal, medical and other experts in Japan. It said the country has fallen behind globally in recognizing transgender people’s rights and still enforces “outdated, discriminatory and coercive policies.”

Japanese society has a growing awareness of sexual diversity but it is often superficial. Pressure for conformity forces many LGBT people to hide their sexual identity even from their families, and transgender people often have high obstacles to living outside traditional gender roles.

Fumino Sugiyama, a transgender man who has had a mastectomy but still has ovaries, said in a video released with the report that he is still female on official documents including his passport, and he and his girlfriend cannot register as a married couple. Japan does not recognize same-sex marriage. Even though his partner had a baby after receiving artificial insemination and they live as a family, “she is legally a single mother and I’m just a roommate, Sugiyama said.

Prime Minister Shinzo Abe and his conservative supporters have campaigned to restore a paternalistic society based on heterosexual marriage.

Lawmakers in the ruling party have repeatedly been criticized for discriminatory remarks about LGBT people. One said earlier this year that “a nation would collapse” if everyone became LGBT, and another said last year that the government shouldn’t use tax money for LGBT rights as those couples aren’t “productive.” Mari Yamaguchi, Tokyo , AP