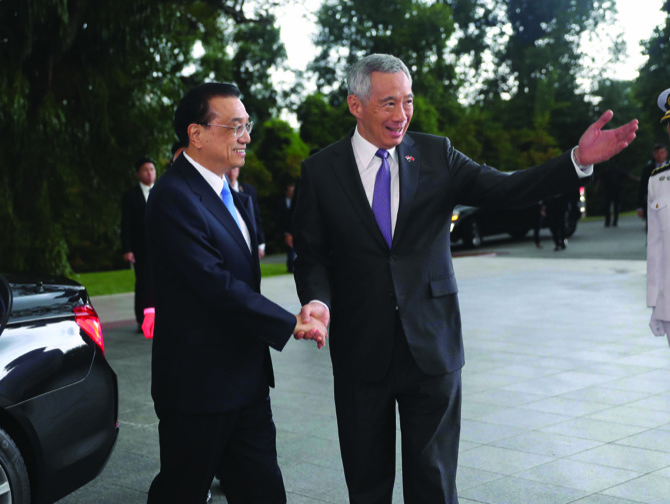 A Chinese Premier Li Keqiang stressed the need for free trade yesterday, as he drew similarities between his country and Singapore, a bustling regional hub.

“China and Singapore have a special cooperative relationship because there are profound cultural and people-to-people exchanges between us,” Li said.

“We both safeguard multilateralism and free trade. We also keep the peace and stability in the South China Sea,” he added.

Li is on an official visit to Singapore ending Friday. He is to deliver a lecture on Singapore-China relations and regional development, and participate in a summit of the 10-member Association of Southeast Asian Nations.

China is locked in a simmering trade dispute with the U.S., which accuses it of violating its market-opening obligations, and the two countries have imposed tariffs on billions of dollars of each other’s goods.

The countries have worked together on a string of projects since then, including the Suzhou Industrial Park and the Tianjin Eco-city, he said.

“Singapore and China are like-minded partners in many areas even though we have different circumstances and constraints,” he added.

“But I believe we can continue to tap into our complementary strengths, deepen cooperation and make sure that our all-around cooperative partnership continues to progress with the times.”

China and Singapore signed 11 memoranda of understanding yesterday. They upgraded a free trade agreement and stepped up cooperation in urban planning and development, among others. Annabelle Liang, Singapore,  AP