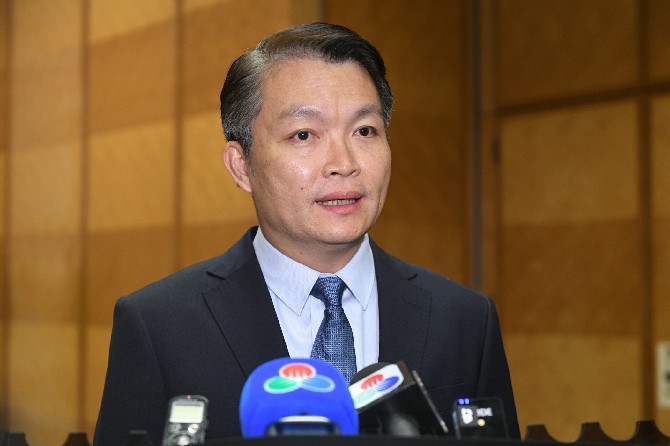 The Secretary for Economy and Finance has preliminarily confirmed that Macau Pass will be designated to assist with the distribution and management of the government’s e-coupon initiative, because its existing infrastructure makes the payment network the quickest way to get money into the hands of small businesses.
Secretary Lei Wai Nong earlier informed that the government would implement a series of measures and policies in the coming weeks and months to revitalize the economy and lessen the impact of the coronavirus on small businesses.
Among the policies is the e-voucher initiative, which is intended to help local small- to medium-sized enterprises recover from the impact of Covid-19. The amount to be distributed by the government is set at MOP3,000 per local resident and it is intended to boost internal consumption, explained Lei.
For the time being, the government is inclined to collaborate with Macau Pass, the local contactless tap-and-go payment system, to implement the campaign. A special Macau Pass card will be issued to each registered resident when the campaign kicks off.
So far in the government’s epidemic control efforts, the use of information technology was commended widely by residents, particularly younger generations and netizens. For example, the government employed live stock monitoring on the sale of facemasks and the remaining quantity at each outlet is displayed online.
The concept of an e-coupon is another use of smart tools by the government to facilitate the delivery of services.
Some questioned the grounds on which the government has chosen to work with Macau Pass in this campaign. Companies are in need of revenue and cannot wait, the secretary said.
The Macau Pass system is widely used in Macau. Aside from the two bus companies, many retailers and eateries are equipped with a Macau Pass portal to process e-payment. As such, the secretary considered this the quickest way the campaign can be put in to operation. He stressed that the card and payment system are just tools to facilitate the campaign.
Another reason for the decision is that the system is set up for small transactions, which can actually help smaller businesses. He suggested residents patronize smaller businesses, such as local-style cafeterias known as Cha Chaan Tang.
The secretary disclosed during the press briefing that the company will not charge the government any administration charge for implementation of the campaign, which means that the entire fund – a total of MOP2.2 billion from the government – will be used in the market.
Lei emphasized that all personal data collected for the campaign will be “managed” by the Monetary Authority of Macao. Macau Pass will not have access to such data.
The proposed government initiatives have already given rise to scams. Both the Economic Bureau and Macau Pass have issued clarifications to remind the public that the campaign has not yet commenced in response to a website claiming to be collecting people’s data for the campaign.