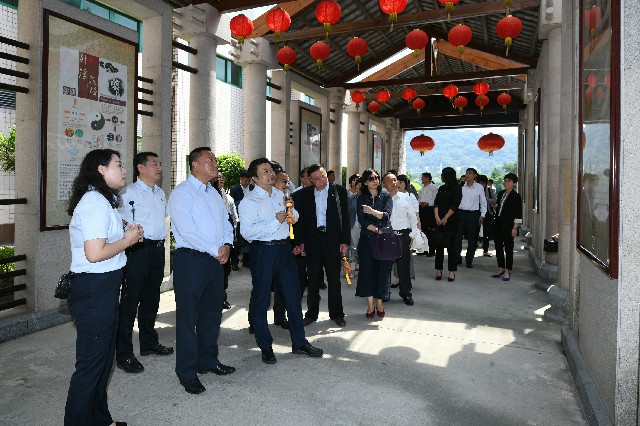 A total of three agreements were signed yesterday during the 2019 Guangzhou-Macau Cooperation Task Force meeting held in the Guangdong provincial capital.
Macau’s Secretary for Economy and Finance Lionel Leong witnessed the signings of the agreements with the neighboring region.
These agreements concern cooperation in science and in technology industries, cooperation between the Guangzhou Statistics Bureau and the Macau Statistics and Census Service, and the building of an exhibition and trade center in the Nansha district of Guangzhou.
The trade center will specifically concern products from Portuguese-speaking countries and regions, under the local government directive to transform Macau into a platform for trade and cooperation between China and Portuguese-speaking countries.
Leong spoke during the meeting, stressing that cities of the Greater Bay Area could explore economic and trade opportunities available in the markets of Portuguese-speaking countries and places, and of Europe.
He added that such connections would create “further favorable conditions for deepening Macau-Guangzhou cooperation.”
In his speech, the official shared insights on how to complement the SAR’s strategic roles in terms of fostering cooperation between Greater Bay Area cities.
According to him, “Macau’s connections with Latin America, with the European Union and with Africa would help other Greater Bay Area cities […] to further open up their economies.”
Moreover, Leong pointed out that bettering the livelihoods of people was a major goal of Macau-Guangzhou cooperation.
“A scheme to enhance supply of fresh food within Greater Bay Area cities had been initiated in May, expanding Macau sources for such commodities. The scheme also facilitated closer cooperation between relevant sectors in Guangzhou and Macau,” Leong recalled.
Commenting on opportunities for youth, the official said he looked forward to closer bilateral ties in order to assist the integration of the role of local young people within the Greater Bay Area.
During the meeting, the two parties also explored opportunities for cooperation in the betterment of livelihoods, science and technology research, youth entrepreneurship, traditional Chinese medicine and cultural affairs. LV