Made in Macao | Family businesses – outdated or a shot at diversification? 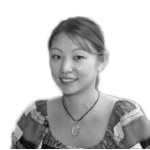 According to a report published by IPIM in August 2008, 99% of businesses in Macao are SMEs and the majority of those are family businesses. That may be one of the very few pieces of data available which gives us some idea of the number of family businesses in Macao. At first glance, the data makes sense. Stroll down any street in Macao beyond the city centre, and you’ll find numerous shops, stores and cafés which seem to have been there forever. We see grandparents sitting in these shops, and children running around while their parents manage the business and chat with regular customers. That is the scene I picture when I think of SMEs in Macao.
To determine the percentage of family businesses in Macao, I carried out a small survey in the course of my academic studies. The sample may not be enough to represent true reality, but should be enough to give us a ballpark figure. According to my survey, only around 10% of local SMEs are family businesses. Now, that was a big surprise. Have all those grandma and grandpa shops been replaced by international brands, pawn shops and new style coffee shops over night?
In some areas like San Ma Lo and NAPE, and even in Rua da Cunha, traditional family shops have been sold out or closed down and replaced by coffee shops. But we still see many family style businesses around town. So, why is it only 10% of SMEs in Macao turned out to be family businesses?
After chatting with small business owners, the culprit was identified. The Chinese term for family business “jiā zú qǐ yè” 家族企業 seemed to have been misleading. The term gives the picture of a business and a family like that of SJM and the Ho family – a large corporation run by a large family with multiple successors. Moreover, the many Hong Kong soap operas depicting business families with siblings and relatives fighting for control has given a negative connotation to the term. That’s why, our humble SMEs, though owned and run by husbands and wives, and helped out by the younger generations, did not consider themselves “jiā zú qǐ yè”.
Another reason many family-owned or family-­operated SMEs in Macao do not consider themselves family businesses is rooted in the perception local entrepreneurs have of family businesses. According to a successful serial entrepreneur in Macao, family-businesses are out-dated. He thinks that family businesses are traditional operations, complacent and lacking in innovation.  That could explain why a number of our interviewees said that they are sole-proprietors. Even when the day-to-day operation depends on family members’ participation, and it is the intent to have the next generation succeed the business, they do not want to be considered a family business.
In my opinion, family businesses are not out-dated, indeed, they should be those we look towards to diversify our economy. It is not the number of new ventures that drive the economic development of a place, but the number of growth firms. That being said, effort should be focused on growing existing firms instead of starting new firms: a family business that has been run for two or more generations has already established a strong foundation, giving the next generation a solid base from which to grow and expand.
Innovation is not just about starting a new company. Applying new ways of doing things and establishing new markets are innovations to expand the existing ‘traditional’ businesses. Successful examples like the well-known Macao brands Choi Heong Yuen and Koi Kei were new companies once, but were not innovative until the third generation applied new ways of doing things, growing the family businesses into what they are today. But souvenirs is just one industry; there must be other long surviving businesses with strong foundations that await the younger generation’s innovation to expand so all family members can one day proudly call them “jiā zú qǐ yè”. Jenny Lao-Phillips