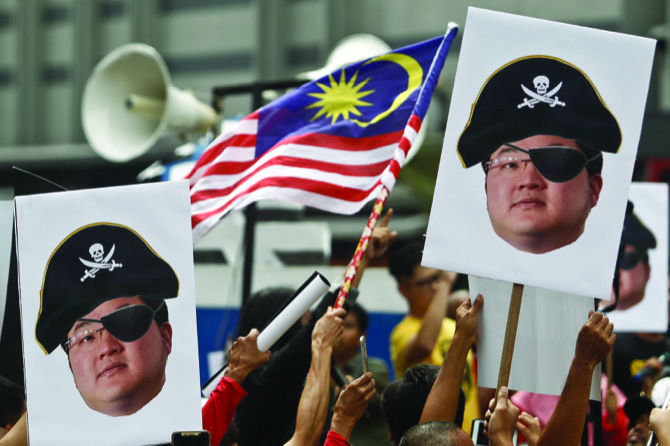 Malaysian financier Low Taek Jho’s appearance at a 1MDB board meeting was scrubbed from a government’s audit report on the troubled state firm, the auditor general said.

The removal was done at the request of the then-principal secretary to former Prime Minister Najib Razak, a week before the document was presented to a select parliamentary committee in March 2016, Madinah Mohamad said in a statement yesterday.

The rationale was that mentioning Low would be sensitive, and omitting the information would prevent the opposition from using it against the government, Madinah said. Najib also ordered that paragraphs containing two versions of 1MDB’s financial statements for the year ending 2014 be removed from the document, which was prepared by Madinah’s predecessor Ambrin Buang.

In its initial form, the government categorized the 1MDB audit report as a crisis, Madinah said. A number of changes were made in late February 2016 following discussions between the audit team and representatives of the government and 1MDB, including then president and CEO Arul Kanda.

The final report was presented to a select parliamentary committee in March of that year but it remained protected by the Official Secrets Act until Najib was defeated at the May 2018 general election. Days after he was sworn in as prime minister, Mahathir Mohamad ordered a renewed probe in 1MDB and declassified the document.

The report showed investigators expressed concern about anomalies in 1MDB’s accounts, and that officers on several occasions undertook investments without the full knowledge of the board and at other times acted against their advice. Anisah Shukry, Bloomberg