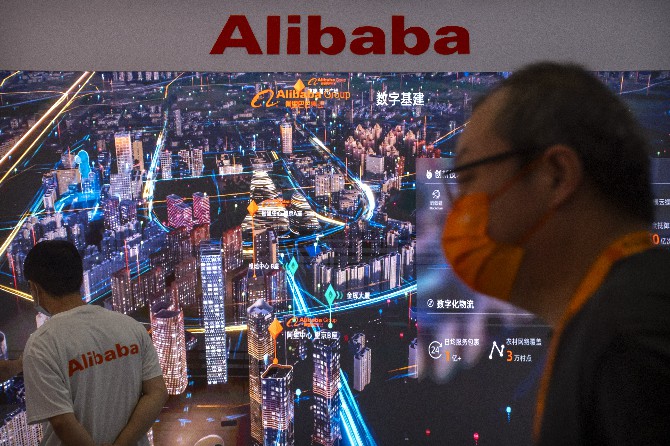 Chinese prosecutors have dropped a case against a former Alibaba manager accused by a female colleague of sexual assault, weeks after the case caused a backlash against the e-commerce firm over how it handles sexual misconduct allegations.
Police detained the former manager, whose last name is Wang, in August after a female Alibaba employee accused him of sexual assault while they were on a business trip to the northern Chinese city of Jinan.
The woman accused Wang of turning a blind eye when she was plied with alcohol and molested during a dinner with a client. She said Wang later entered her hotel room and then sexually assaulted her while she was drunk.
Prosecutors in Jinan did not approve Wang’s arrest and he received a 15-day detention instead, according to a statement posted on the social media site Weibo by Jinan police late Monday night.
The move drew widespread criticism online, with many lamenting the lack of protection for women in sexual assault cases. Some said Wang’s 15-day detention suggested he was not entirely innocent.
On Weibo, Wang’s wife thanked his team of lawyers in a post early yesterday. She previously accused the female employee of framing her husband for sexual misconduct. Wang was not reachable for comment.
Wang was fired from his job after the woman posted an 8,000-word essay with the accusations in an internal post on the company’s intranet and said Alibaba’s human resources department ignored her complaints.
Alibaba also asked two senior executives to resign over their handling of the case. Alibaba CEO Daniel Zhang pledged to establish an anti-sexual harassment policy with “zero tolerance” for sexual misconduct.
“Alibaba Group has a zero-tolerance policy against sexual misconduct, and ensuring a safe workplace for all our employees is Alibaba’s top priority,” the company said in a statement yesterday.
The global #MeToo movement against sexual harassment has gained prominence in China in recent years, with accusations made against several academics, a TV anchor and celebrities. But convictions are few and far between.
In a recent high-profile case, celebrity Kris Wu was arrested in Beijing on suspicion of rape after a Chinese influencer accused him of forcing girls to drink alcohol and then sexually assaulting them. MDT/AP