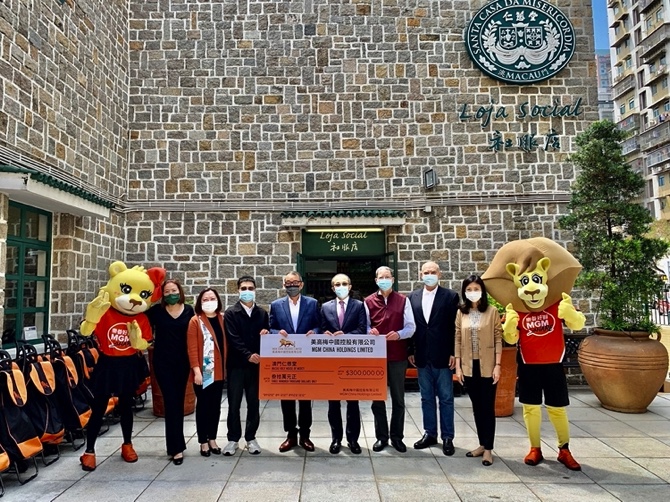 MGM has donated MOP300,000 to the Macau Holy House of Mercy’s Welfare Shop project for the 10th consecutive year — in a bid to fund the distribution of food hampers to nearly 400 local households in need.

To date, MGM has donated a total of MOP3 million to the project.

To comply with the Macau government’s anti-epidemic guidance, the food hampers distribution was completed across two days from April 11 to 12.

Each food hamper contains daily necessities such as rice, noodles, canned food, oats, cooking oil, among others, and will be delivered to local families in need, referred by Macao Federation of Trade Unions (FAOM), General Union of Neighborhood Associations of Macau (UGAMM), the Macau Holy House of Mercy, and the Associação dos Familiares Encarregados dos Deficientes Mentais de Macau.