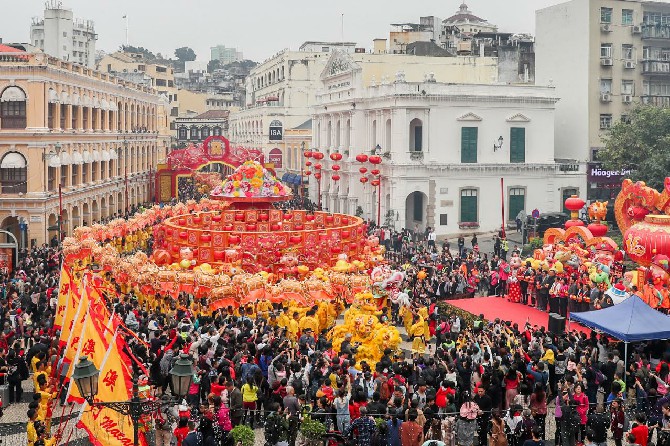 Given the changeable coronavirus situation in China, the Macao Government Tourism Office (MGTO) is expecting reduced tourist arrivals in Macau during the Lunar New Year, compared to the Christmas period.
Director of MGTO Helena de Senna Fernandes regards the lowered expectations as a “practical forecast,” considering that Macau only has one source market now, which is mainland China.
“As of now, we still have not had an estimate of tourist arrivals during the Spring Festival, as we wish to wait and see for a little longer and garner more information [before publishing the projected number],” Fernandes said earlier on the sidelines of an event.
Fernandes is also anticipating that the local accommodation industry may roll out various promotional packages to entice locals and tourists during the festive period in February. This may help drive the overall occupancy rate to 70% to 80%, she added.
Earlier this month, the MGTO announced it would call off all celebratory events planned for the forthcoming Spring Festival, including the fireworks display, parade and other shows.
The Municipal Affairs Bureau (IAM) has also canceled the annual Spring Festival Fair, Lion Dance performance and temporary stands of incense, in a bid to minimize the Covid-19 transmission risk.
“Even if we mounted a lot of events or promotions during the [Spring Festival] period, they would be likely to fail to attain good outcomes,” the official explained.
“And it will increase certain infection risks if we organize events that attract crowds,” she said of the reasons for canceling the events.
In view of the climbing number of Covid-19 cases in China, the SAR government issued an appeal earlier in January to urge locals and mainland workers to stay in Macau during the Chinese New Year. The travel advisory has triggered some apprehension in town over the possible adverse impacts of the official entreaty on the city’s tourism industry.
Fernandes said the MGTO would touch base with tourism industry players to discuss whether to reinstate the domestic travel stimulus programs, which could provide a much-needed fillip for those subject to financial hardship.
She also added that renovations of the Grand Prix Museum are already underway, with the venue slated to open in the first quarter of 2021.