MGTO resumes promotion on the mainland 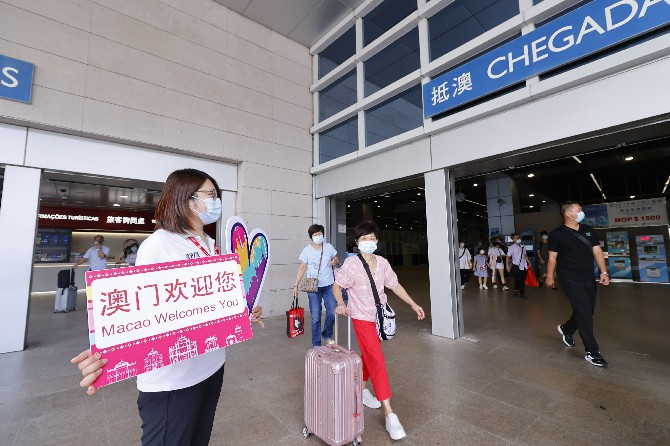 The Macao Government Tourism Office (MGTO) has stated that it will resume with its promotion of Macau to mainland visitors now that border restrictions have been eased and that the validity period for the nucleic acid tests (NAT) for border crossing is again seven days.
According to the statement, the MGTO has been publishing the news via its official accounts on WeChat, Weibo, Xiaohongshu, and Douyin, as well as conducting promotional campaigns which include special travel offers such as hotel and air ticket coupons.
The Office is also advertising through a television program in Guangdong Province in order to raise Macau’s profile as a safe and quality destination, aiming to attract more visitors.
According to the latest weekly figures reported by the investment research and institutional asset management company, Sanford C Bernstein Ltd, the gross gaming revenue (GGR) for the period from August 16 to 22 recovered, registering an increase of 55% week-on-week.
This was the first week of August that showed an increase, and follows significant drops in the first two weeks.
The weekly report shows that the casino revenue last week reached a daily average of 120 million patacas, up 55% from the 78 million registered in the previous week, numbers which the brokerage company said were the “lowest daily GGR since late September.”
Conducting an aggregate analysis of the first three weeks of this month, Sanford Bernstein noted that the gross revenue totalled about 2.4 billion patacas, with a daily average of 109 million patacas per day.
The figure still constitutes a drop of 62% compared to the same period last month, when the daily average was 272 million patacas, and a staggering drop from August 2019 (before the pandemic), when the GGR was 783 million patacas per day.