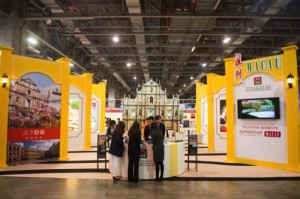 The number of participants and attendees of meetings, incentives, conferencing and exhibitions (MICE) events this year has recorded an annual increase of 16 percent, reaching 725,000 in the third quarter. A total of 240 MICE events took place in Q3, 14 more compared to the same period last year. DSEC figures showed that there were 26 exhibitions organized in Q3, with a 17 percent year-on-year increase in attendee numbers, to 695,000. The average duration of exhibitions was 3.4 days. 214 meetings and conferences were conducted concurrently in Q3, with a total of 29,000 people participating in them.
In the first three quarters of 2014, a total of 743 MICE events were organized, bringing 1.55 million participants and attendees. The two figures have risen by nine percent and 48 percent, respectively, compared with the same period in 2013, when there were also 57 exhibitions and the number of attendees totaled 1.46 million.