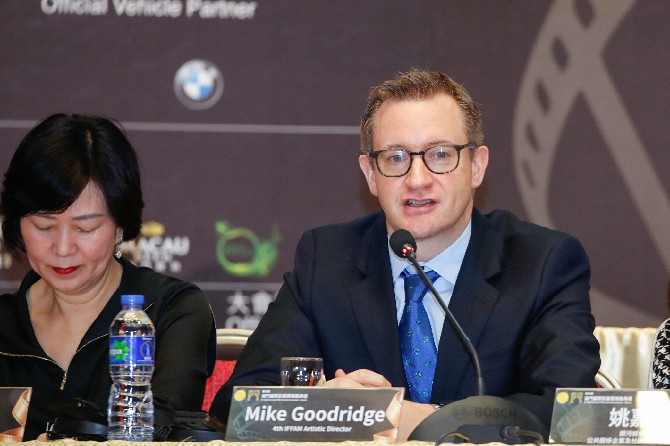 Mike Goodridge is set to step down as the artistic director of the International Film Festival & Awards Macao (IFFAM) after four editions.
The international film festival was cancelled this year due to restrictions in place in Macau, such as border and mass gathering controls.
In 2020, the fourth edition of the festival was rolled out virtually from December 3 to 8.
To the Times, Goodridge clarified that he is on an “annual contract and since there is no festival this year, there is no contract.”
“I have to move on and find other work. Macau is where my heart is,” he said.
In a public statement, he noted that IFFAM’s future is “uncertain in an age of Covid and seismic local changes, but I wish it continued prosperity.”
“I have had an incredible experience working with my friends and colleagues in Macau,” said Goodridge, who replaced Marco Mueller as the festival’s artistic director.
“We built the audience for different kinds of cinema in the city and created an event that resonated across the region and the world. The team we assembled was second to none, and we were all dedicated to stimulating the growth of film-making and film-going in Macau.”
Goodridge was appointed as IFFAM artistic director in 2017. He is slated to continue his production and curation work through his Good Chaos company.
Last year, the festival screened a total of 31 flicks worldwide on a dedicated video streaming platform. Goodridge was also a consultant for this year’s Chicago International Film Festival. LV