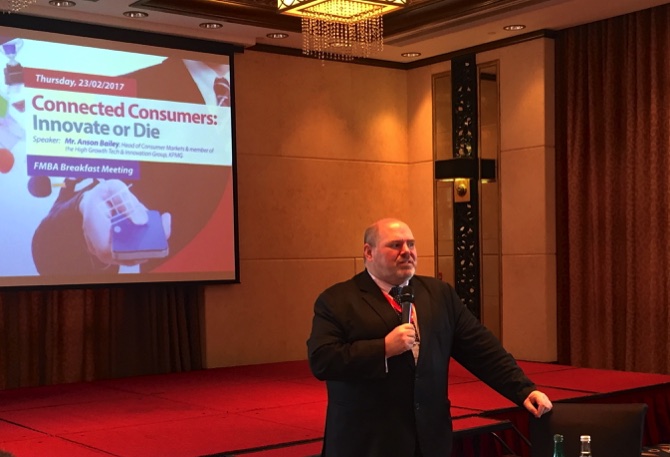 In this era of digital disruption, consumers – particularly millennials – are making demands for the continued innovation of products and experiences.

“Today the speed of change is so rapid that companies are going to get left behind if they stay in the same place.” he said.

As long-established companies are much more conservative than startups or young entrepreneurs, they are more likely to be risk-averse and consequently fail to innovate.

The consumer market expert believed that the challenge traditional firms face today is anticipating the market’s movements, and observed that such firms are still operating on old technological platforms – refusing to take advantage of new platforms that have since been made available.

“They have the technology but they simply did not use it,” Bailey said regretfully, citing the downfall of Kodak.

“I think it’s a big issue. I think there are a lot of traditional companies who still make good money, but they simple they don’t see the signs,” he argued.

“They are not monetizing the consumers and so when they realize that they need to do something, they have missed the boat,” he continued.

Meanwhile, Bailey stressed in his presentation that millennials play a significant role in the innovation of products and services, particularly in China.

The expert said a significant number of brands and retailers have engaged external firms to communicate through and make use of social media platforms on their behalf, in order to connect with tech-savvy millennial consumers.

Due to millennials’ short attention span, Bailey added that retailers need to ensure that they can connect and demonstrate their proposition in a very succinct matter.

A report published by KPMG, one of the Big Four auditor firms, titled “China’s Connected Consumers 2016”, revealed that China is leading in global online spending, which amounts to 48.5 percent versus a global average of 27.9 percent.

Bailey further stressed that this era is seeing technology advancing in mobile phones yet argued that brands should ensure they have a strong physical presence such as pop-up shops where consumers can “touch, feel and experience the products.”

Meanwhile, the Times also questioned whether Macau is failing to keep up with global trends or innovations such as the use of Uber, noting that the region still has no jurisdiction over ride-sharing.

According to Bailey, the government is sometimes slow to regulate. Yet he stressed that matters such as the Uber case are consumer-driven.

“So companies like Uber would not be around if it weren’t for the consumer. There is a consumer demand [and] it is very difficult to stop that momentum building up,” the expert explained.

“Such companies have proved to be a popular choice for consumers because it’s about convenience, and use of technology platforms,” he concluded.