Money not the issue in quarantine hotel negotiation 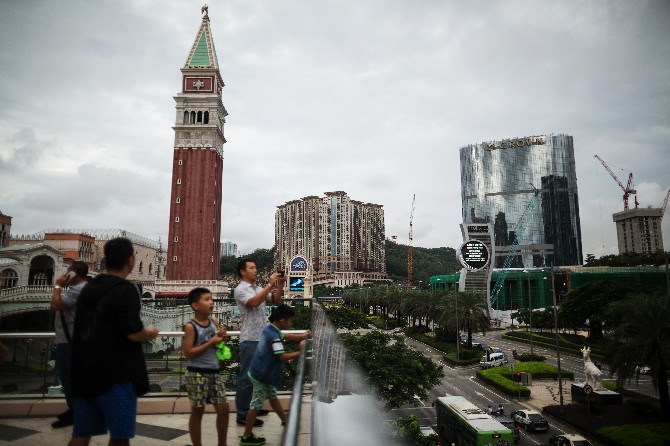 During the government’s negotiation with hotel operators on offering their premises to host quarantined returnees, money has not been a main topic, Inês Chan, head of the Department for Licensing and Inspection of the Macao Government Tourism Office (MGTO) disclosed.
Currently the government is offering 5,600 patacas per 14 days of room use to hotels being designated as quarantine facilities. The MGTO official said two days ago that the subsidy is for all hotels, regardless of their star rating.
When questioned whether this factor has set hurdles to the government’s search for designated hotels, the official expressed that it was unlikely. In negotiations with hotel operators, Chan said that both parties seldom touched on the topic of pricing.
“The [subsidy] is a publicized reference point,” the official said at yesterday’s daily press conference. She added that there was not much of a tug of war on the negotiation table on this issue.
Two days ago at the press conference, Chan said that many hotel operators have contacted them with regard to offering their premises as quarantine facilities. The official said they were of various sizes and scales.
The tourism and health authorities tend not to choose hotels that are too small as it could get filled up easily. On the other hand, hotels that are too big – usually connected with non-accommodation facilities – may not be a good choice either, as it may cause security and management difficulties.
In order to transform a large resort into a quarantine facility, the authorities need to ensure that they can be accessed directly from neighboring streets. “When entering the hotel, the quarantined individual should not pass through any [shopping or casino] areas,” the tourism official said.
“Access to the hotel and other areas must be ‘physically separate’,” the official added. “It means that the quarantined and other guests should not cross paths.” She hinted that each hotel has “doors that the public can see and that the public cannot”.
With that said, the government has confirmed that if an integrated resort is being used for quarantine purposes, other public areas, such as shopping malls and casino, will likely remain in operation. In order to facilitate that, “only small adjustments” – the official assures –
will need to be made.

FLU CASES DROP
Leong Iek Hou, coordinator at the Macau Center for Disease Control and Prevention (CDC), has revealed that the toll of flu infection in the past two months or so has dropped to zero.
The health authority attributed this to rise of public consciousness in maintaining hygiene. It all started when Covid-19 emerged in Macau. From late January, after Lunar New Year holidays, schools and public services were suspended. Events and gatherings were called off or discouraged by the government. Wearing face masks in public became a must.
“When all these happened, the number of flu infection dropped dramatically to zero,” Leong told yesterday’s press conference. “Moreover, the condition has maintained for a long time.”
The medical doctor unveiled that in the past month or so, the Conde São Januário Hospital has not recorded a single case of flu, although it conducted flu test on patients every day.
On the other hand, Leong reassured members of the public that they do not need to worry about living next to a home-quarantined.
“In epidemiology, there are three factors making a contagion: source, channel and immunity,” the doctor stated. There must be a source of infection, a channel to allow an infection, as well as a person’s immunity to an infection.
“When droplets cannot pass to another person, the channel is cut off. The infection will not be completed,” the doctor explained.
She also considers it possible that Human Immunodeficiency Virus infection will drop this period, “as people have been advised to conduct social distancing,” the doctor estimated.
While there has been a period when people stayed at home extensively, Leong was asked whether the pregnancy rate would be affected. “It may rise or fall, depending on how close people are,” Leong said.