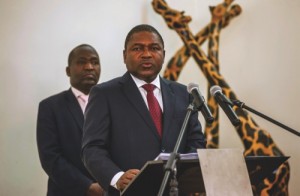 Mozambique has the necessary conditions to successfully adopt the Chinese model of Special Economic Zones, which helped to boost the Chinese economy, according to researchers Fernanda Ilhéu and Hao Zhang.
In the study “The Role of Special Economic Zones in Developing African Countries and Chinese Foreign Direct Investment,” researchers from the Lisbon School of Economics and Management noted that over 35 years, the Special Economic Zones have had “a decisive role in the development of places like Shenzhen, Zhuhai, Xiamen, Shantou, Hainan and Shanghai, and that African countries can leverage this experience.
In 2006, the Forum on China-
Africa Cooperation gave “significant priority” to creating up to 50 SEZs abroad, which are being implemented, with USD700 million invested by Chinese companies in 16 EEZ, according to information from China’s Trade Ministry.
Increasingly focused on business abroad, China needs raw materials and African markets to export its products to, but can also benefit from shifting some of its industries to Africa, as the cost of Chinese labor increases.
The approach to Africa has involved through loans and financing for the construction of infrastructure, and “the development of African countries requires China’s increasing involvement,” including “collaborating in the development of SEZs,” the authors argue.
Regarding Portuguese-speaking countries, the average annual growth of trade between 2002 and 2012 totals 37 percent, turning China into the largest trading partner and largest export market for those countries.
The relationship has proved to be “dynamic in both directions,” they added, with hundreds of companies from Portuguese-speaking countries operating in China and Chinese investment in those countries of around US$30 billion, according to China’s Trade Ministry.
As for the SEZ, the two researchers focused their attention on the Mozambican Manga-Mungassa (Beira, Sofala province) SEZ, established in May 2012, under the management of China’s Dingsheng International Investment Company (Sogecoa Group), which has plans to invest close to US$500 million.
Nearing completion, the first phase includes the construction of warehouse units, followed by the “operational” phase, with construction of additional infrastructure such as hotels and housing, and finally the free industrial zone, where high tech units will be installed.
“In terms of knowledge transfer, Mozambique has made active steps in learning from the experience of Chinese SEZs and using this model to attract foreign investment,” they said.
In 2012 the Mozambican government created the Office for Economic Areas with Accelerated Development (Gazeda) that in addition to Manga-Mungassa, is responsible for the projects of the Belulane Industrial Park, the Locone and Minheuene Free Industrial Zones and the Crusse and Jamali integrated park.
On 6 May, 2014 the Mozambican government approved the establishment of the Mocuba SEZ, a sign of the “determination to create more conditions and to look for more opportunities and economic measures to create jobs and generate wealth,” in the country, the study said.
According to the authors, Mozambique has a strategic location, the ability to attract investment through the diaspora, as well as its model of economic growth and development in its favour, although there remain difficulties in infrastructure and technological development.
“The Chinese SEZ model can be successfully applied to the Manga-Mungassa area,” they concluded.  MDT/Macauhub