Musician Jeff Tweedy displays sense of humor in his memoir 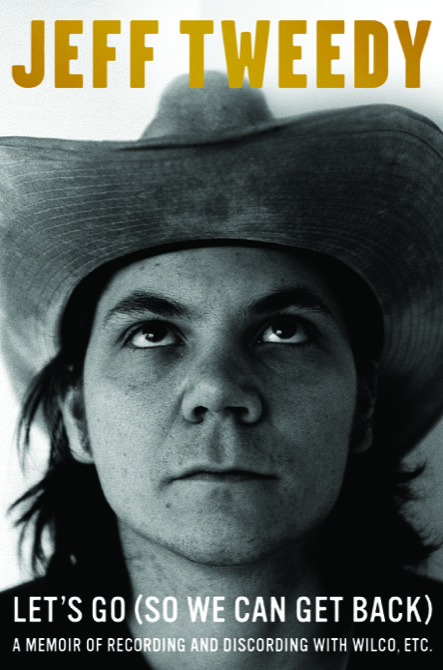 In his memoir, “Let’s Go (So We Can Get Back),” Jeff Tweedy, frontman of the American rock band Wilco, displays a sense of humor that his audiences will know well from his onstage banter.

His lyrics can be serious or lighthearted, melancholy or hopeful, and sometimes nonsensical, but his memoir is laced with funny anecdotes. In discussing his father’s co-workers on the railroad, he speaks of their “teeth per head” and describes himself as “a doom-dabbling, fifty-year-old, borderline misanthrope, nap enthusiast.”

Tweedy, who grew up in small-town Belleville, Illinois, is a celebrated singer-songwriter who has released 10 albums with Wilco since the band’s founding in 1994. He worked with Englishman Billy Bragg to create original music for existing Woody Guthrie lyrics and has produced albums for Mavis Staples, including the Grammy-winning “You Are Not Alone.”

The book will appeal to die-hard fans eager to learn about the inner working of the group and Tweedy’s relationships with bandmates past and present, in particular, the two Jays, as he refers to them (Jay Farrar with whom Tweedy formed Uncle Tupelo and Jay Bennett of Wilco), but it will also appeal to those interested in the artist’s inner life. Tweedy writes about his songwriting methods and how they have changed over the course of his career, his earliest influences beginning with the first time he read about punk rock — how he was enthralled before he’d even heard the music. He recounts how he found a copy of The Clash’s album “London Calling” labeled with a “parental advisory” warning sticker during a shopping trip to Target with his mother.

Readers might sometimes wonder at Tweedy’s lyrics, but in his playing, singing and writing, whether in solo efforts, in collaboration with Wilco or in his producing other artists, we know we have something to treasure. Jonathan Elderfield, AP