NBA chief defends freedom of expression in face off with China 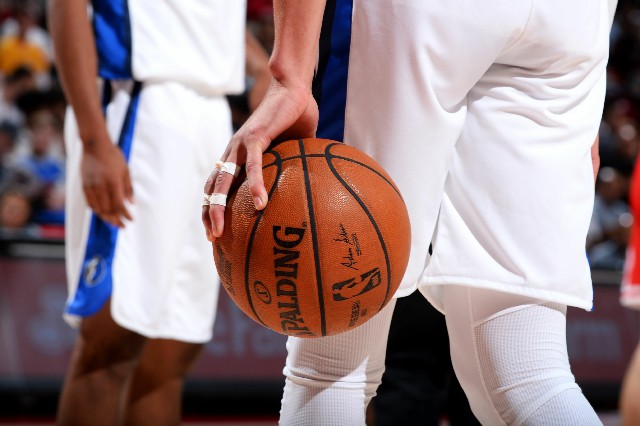 As China’s outrage against the National Basketball Association intensified in the wake of a tweet over the Hong Kong protests, the U.S. league dug its heels in to defend freedom of expression.
Hours after China’s state television and Tencent Holdings Ltd. said that they would halt airing and streaming pre-season games in the country with 800 million fans, Commissioner Adam Silver told reporters yesterday that the NBA won’t tell people what they can or can’t say.
“It is inevitable that people around the world — including from America and China — will have different viewpoints over different issues,” Silver said in a separate statement issued before the press conference. “However, the NBA will not put itself in a position of regulating what players, employees and team owners say or will not say on these issues. We simply could not operate that way.”
His comments puts the NBA in direct confrontation with Beijing, which has viewed any hint of support for the pro-democracy protests in Hong Kong as a challenge to the nation’s sovereignty. Daryl Morey, general manager of the Houston Rockets basketball team, triggered the controversy with his tweet Friday — deleted later — supporting the demonstrators. That sparked fury from supporters of the Communist government, casting a shadow over NBA’s ties with one of its most promising markets.
Silver declined to apologize for the tweet, but said that he regretted the consequences. “It’s not something that we expected to happen,” he told reporters. “I think it’s unfortunate,” he said, referring to China’s decision not to broadcast some of the games.
“To the extent that we are upsetting people, I regret that,” he said.
The pro-democracy movement that has rocked Hong Kong since June has become a red line for companies doing business in China. The targeting of NBA by China is the latest episode of China flexing its muscle against businesses that have failed to toe its official line. Coming under intense pressure after some employees participated in the marches, the chief executive officer and the chairman of Cathay Pacific Airways Ltd. stepped down, as the carrier cracked down on its workers.
“The implicit threat is that there will be a price to pay for companies that do not actively support Beijing’s political stance on Hong Kong,” said Hugo Brennan, principal Asia analyst at global risk consultancy Verisk Maplecroft. “This trend is an emerging risk for corporates of all stripes that have exposure to the mainland market.”
CCTV, Tencent
China’s CCTV said yesteday that it would halt broadcasts of NBA’s pre-season games and that it’s investigating “all cooperation and exchanges with the NBA,” which would include the broadcast of its full season. Tencent, which has the rights for digital broadcasts, followed with its announcement within hours.
While Morey’s tweet incited anger in China, Silver’s comments to Kyodo Newsearlier defending the Rockets official’s right to freedom of expression sparked further outrage, resulting in CCTV’s decision.
The broadcaster pointed specifically to Silver’s comments as the reason for its decision. “We strongly object to this statement,” the post said. “We believe that any comment that challenges China’s sovereignty does not belong in the scope of free expression.”
The issue of foreign support for Hong Kong protesters is particularly sensitive for Chinese officials, who have previously accused demonstrators of advocating independence, as well as seeking support from external governments, said Shen Dingli, a Shanghai-based international relations professor.
The NBA furor also came against the backdrop of a broader clampdown by the Trump administration on China’s ambitions. Having already blocked Huawei Technologies Co., Washington placed eight other technology giants on a blacklist Monday, accusing them of being implicated in human rights violations. China signaled yesterday that it would hit back.
The fallout between China and the NBA has transformed what was supposed to be a high-profile promotional week for the league in one of its biggest markets into a public-relations disaster.
Celebrities and fans said they would skip the exhibition games this week in China where top stars like LeBron James were scheduled to play, while an NBA charity event at a Shanghai primary school was canceled yesterday. A game between Los Angeles Lakers and New York Nets is scheduled in Shanghai on Thursday, while another is slated in Shenzhen for Saturday.
Chinese sponsors including sportswear maker Li Ning Co. have already suspended ties with the Rockets and broadcasters stopped airing their games. Sports forum Hupu said it has blocked all Rockets-related news, streaming and comments. Vivo, a Chinese smartphone maker and one of NBA’s biggest sponsors in the country, said yesterday it will suspend all its cooperation with the league.
Because CCTV is a monopoly, the NBA likely doesn’t make as much money from its broadcast rights in China than it does in the U.S., where bidding wars between TV networks pushes the price up.

But Chinese state broadcasts of NBA games was what introduced professional basketball to the country: CCTV showed its first NBA game in 1987, familiarizing millions of Chinese people to stars like Magic Johnson at a time when the Chinese economy and society were still shut off from the outside world.
China’s love of the NBA has only grown since: 800 million people now watch its programming on various platforms every year. Tencent Holdings Ltd. reportedly paid $1.5 billion earlier this year for the NBA’s digital rights for the next five years.
Silver said he was looking forward to talks with appropriate officials to discuss where the league stands when he travels to Shanghai.
“This issue may not die so quickly,” he said. Iain Marlow & Jon Herskovitz, Bloomberg