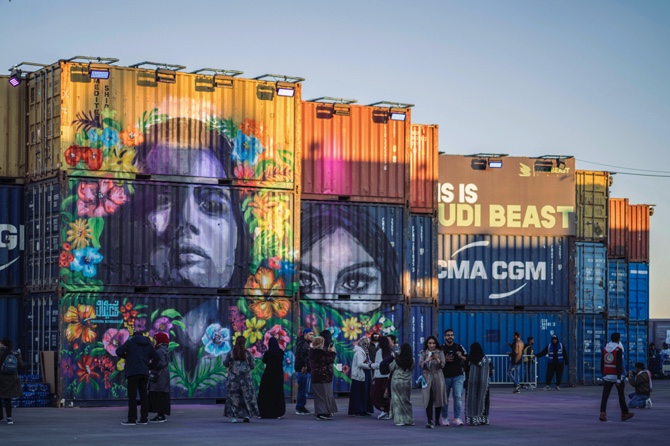 Supermodels and social media mavens, their makeup artists and hair stylists in tow, posed at a concert in leather pants, chunky sweaters and trendy black combat boots. What was unusual about these Instagram posts was that they were all deliberately tagged in Riyadh, Saudi Arabia.

The bevy of Instagram stars, former Victoria’s Secret models, including Alessandra Ambrosio, and Hollywood actors like Ryan Phillipe, Ed Westwick and Wilmer Valderrama were invited to Saudi Arabia over the weekend to promote the kingdom’s most eye-popping effort yet at showcasing the dramatic changes taking hold in this country, where more than half of its 20 million citizens are under 25 years old.

The efforts are aimed at boosting the economy while polishing Saudi Arabia’s image abroad and appealing to the young. It’s a staggering pivot from just three years ago, when religious police would storm restaurants playing music and harass women in malls for showing their face or wearing red nail polish.

Now, the kingdom has movie theaters and concerts. Women are allowed to drive and travel without male permission, and they can sit with men, unsegregated at restaurants. The kingdom began issuing tourist visas this year. Female visitors are not required to wear the conservative black-flowing robe known as the abaya and headscarves in public.

At Riyadh airport, a booth welcomes tourists with pamphlets on etiquette in Saudi Arabia, labeled “Our Code of Conduct.”

“Both men and women are asked to dress modestly in public, avoiding tight fitting clothing,” it explains. “Women should cover their shoulders and knees in public.”

Apparently, not all the V.I.P. guests flown to Saudi Arabia on private jets got the memo — some opted for stomach-baring bralettes under open coats. 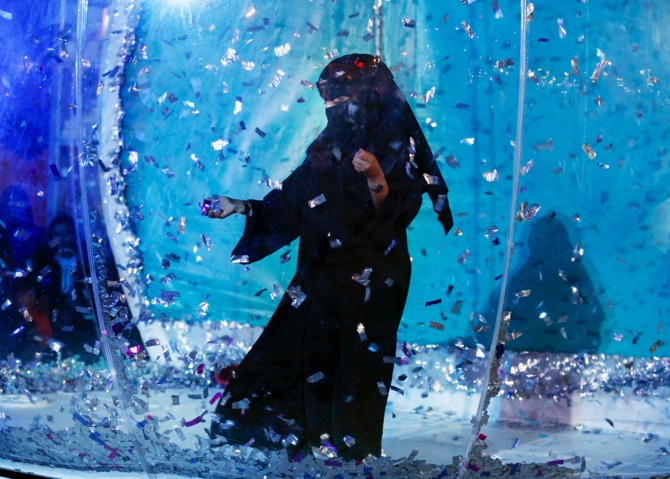 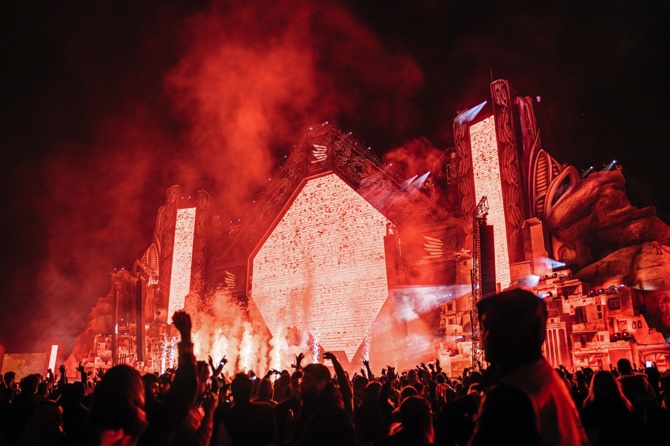 The blast of glossy social media posts helped draw attention to the visit’s purpose — to promote MDL Beast, a three-day musical extravaganza in Riyadh that drew more than 130,000 visitors on its first day alone, according to the General Entertainment Authority. Ticket prices started at just 75 riyals ($20), but organizers were eager to ensure a big turnout so tickets were also handed out for free to some government employees.

More than 70 world-renowned DJs were invited to perform across five stages to the backdrop of surrealist performances — including one with a woman in a skintight sky blue leotard writhing from a hot air balloon over a crowd of young Saudi men.

Men and women cut loose and danced at the unprecedented rave-like event. Thousands waited for hours to get in.

A popular social media account, Diet Prada, named and shamed some of the celebrities present, accusing them of allegedly accepting six-figure sums for attendance and geo-tagged posts to “rehabilitate the image of Saudi Arabia.”

Earlier this year, hip-hop star Nicki Minaj pulled out of performing in the kingdom over concerns about women’s rights, gay rights and freedom of expression.

When asked by The Associated Press, the entertainment authority that licensed MDL Beast said some people had been compensated for promoting the event, but denied such high sums were paid to individuals.

While the social changes ushered in by Crown Prince Mohammed bin Salman have been sweeping, so too is his crackdown on criticism and political expression. The prince has overseen the country’s war in Yemen, which has led to the world’s worst humanitarian crisis, and the arrest of women’s rights activists, clerics and writers.

The incident tarnished Prince Mohammed’s international image though his popularity is undeniable at home.

“The changes are really incredible and, God willing, we are heading toward even more,” said Mona Hassan, a mother out with her grown daughters at a family-friendly carnival in Diriyah, near Riyadh. “We are with Mohammed bin Salman wherever he takes us and whatever happens.”

The fully veiled Hassan said she wasn’t raised on this kind of entertainment, but has no problem with her kids enjoying it.

Saad al-Otaibi, who traveled 300 kilometers from al-Duwaidmi to attend the Diriyah festival, wanted to ensure it was family-friendly and affordable before bringing his wife and kids.

“All the changes are positive, not negative,” he said. “But one comment is that the prices are expensive,” he said, repeating a refrain others have quipped about on Twitter.

The Diriyah festival, which opened a month ago, has included sporting events like the world’s heavyweight boxing championship.

Families skated on an ice-rink, ziplined across the park, ride on a Ferris wheel and played galactic bowling. At the other end of the site, a younger crowd of Saudi elites smoked shisha — the bubbling waterpipe — and dined at pop-up restaurants where prices range from $100 to $1,200 a person for a meal.

Couples sat on park benches under the stars, listening to a Saudi musician playing the oud, a stringed instrument popular in the Middle East.

“No one could have imagined everything that’s happening,” said Abdullah Abulkheir, a 28-year-old Saudi visiting Diriyah. “We never thought we could reach this point in 30 years’ time. It’s been a huge transformation in a short period of time.”

Not all are happy with the crown prince’s style of governance or the changes. Yet Saudi clerics, many of whom had spoken out in the past against these changes, appear unwilling or unable to publicly criticize the moves. Those who dared have been detained and their social media accounts shuttered. In this absolute monarchy, the king holds final say on major decisions.

Only one major incident has so far marred the festivities. Last month, a Yemeni man stabbed two Spanish dancers and a guard at a live show in Riyadh. State media reported this week that he had allegedly acted on the orders of a senior al-Qaida leader in Yemen, according to evidence submitted during his trial.

Still, it’s clear most Saudis are ready for the changes.

“I don’t feel like I need to travel abroad like before because everything is here now,” Sarah Muteiri, 28, said. “We want these things and more.” Aya Batrawy, AP