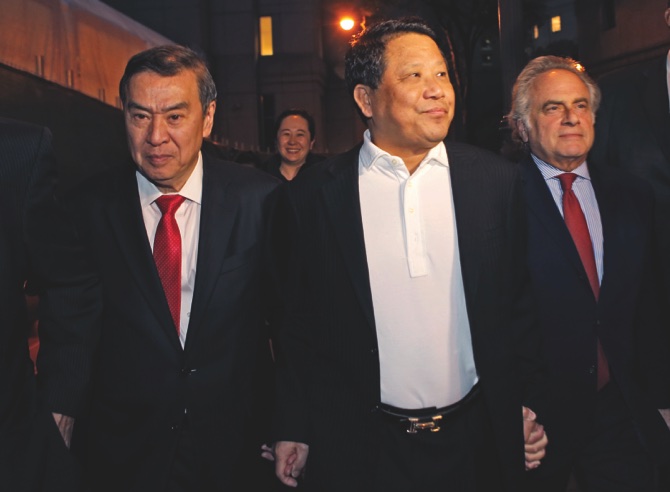 A new charge has been leveled against Macau billionaire and real estate developer, Ng Lap Seng, who is currently standing trial in New York on accusations of bribing United Nations officials.
In addition to the bribes allegedly handed to the recently deceased former president of the UN’s General Assembly, John Ashe, Ng is now being charged with having provided benefits to one or more officials from the UN’s Development Program (UNDP) to garner their support for the construction of a conference centre in Macau.
Also introduced last week by a federal grand jury in Manhattan, was the accusation that Ng and his assistant, Jeff Yin, had agreed to continue payments to Ashe even after he left office.
Prosecutors say that Ng provided over USD 500,000 in an attempt to secure Ashe’s support for a Macau conference centre that Ng’s company would develop, and would serve as the billionaire’s legacy.
Last week it was reported that the former UN General Assembly president had died in a weightlifting accident when a barbell he was lifting from a bench dropped on his neck. It is being regarded as an accident according to police authorities.
The new indictment also expands the time frame of the alleged’s crimes from 2014 to September 2015, when Ng and Yin were arrested.
Ng’s Sun Kian Ip Group is tied to a USD1.5 million (MOP12 million) donation to the UN Office for South-South Cooperation, which focuses on promoting collaboration among developing countries, particularly in the southern hemisphere.
A UNDP audit released in May said that the funds had been partly used to cover the costs of a now-controversial conference in Macau in August 2015, which was co-sponsored by Sun Kian Ip Group.
According to UN sources, organizers had explained to UN delegates on arrival in Macau that the conference was a “paperless event,” and 64GB iPads with the company’s logo engraved on their back were provided to attendees. No attempt was made to reclaim the devices at the conclusion to the conference and three UN staff members returned the iPads only after the commencement of the audit. DB