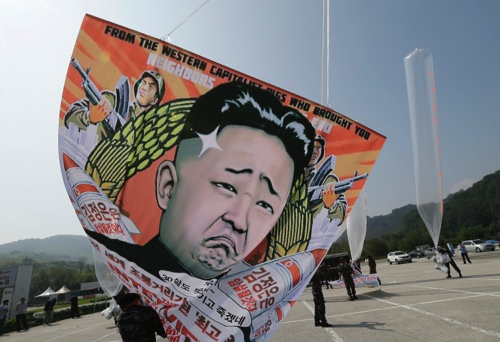 Kim Jong Un’s prolonged absence from public view, including skipping a session of parliament, has raised questions as to whether his disappearance has less to do with his health and more to do with his grip on power in nuclear-armed North Korea.
Kim has not been seen in public since Sept. 3, an unusual stretch in a country where media provide a steady stream of propaganda images featuring the Supreme Leader overseeing everything from missile launches to grain harvests. While official media reports say Kim is suffering “discomfort,” his seclusion has sparked discussion about who is in charge of a country that boasts 1.2 million troops and has threatened to turn Seoul into a sea of fire.
Having missed a session of the Supreme People’s Assembly last month, attention has turned to today’s anniversary celebration of the founding of the ruling Workers’ Party and whether Kim, who walked with a limp in the most-recent footage provided, will show up. The surprise visit by Vice Marshal Hwang Pyong So to the closing of the Asian Games in Incheon, South Korea on Oct. 4, fanned social media posts that Kim’s top military official may be in charge, a reading challenged by one former intelligence official.
“The senior North Korean officials’ recent visit is a clear sign Kim is firmly in power,” said Kim Jung Bong, who served in South Korea’s National Intelligence Service and now teaches political science at Hanzhong University. “It’s Kim himself that sent those senior officials,” he said. “There is nothing yet that indicates his power has been compromised.”
A documentary aired last month on state television showed an overweight Kim limping at a public appearance and said he was suffering from “discomfort.” South Korea’s Chosun Ilbo newspaper reported on Sept. 30 that Kim had been hospitalized after surgery on both ankles to address an injury sustained during field supervisions in June.
“He could be suffering from anything from gout to a bone fracture in his foot,” Jun Jae Bum, a professor at Hanyang University Hospital for Rheumatic Diseases, said by phone. “But none of them would be ailments serious enough to incapacitate him from making political decisions.”
Kim, who is believed to be in his early 30s, has consolidated his power since the death of his father Kim Jong Il in December 2011. He’s made a series of high-level purges, including the removal in July 2012 of Chief of General Staff Ri Yong Ho, who guided him in the succession process.
In December last year Kim removed his uncle and de facto deputy, Jang Song Thaek, on charges of factionalism and graft and then carried out the highest-profile execution under his rule.
North Korea’s state media has not released fresh footage of Jang’s wife Kim Kyong Hui since his execution. South Korea’s Yonhap News reported Oct. 2 that a heart specialist with U.S. citizenship visited North Korea to help treat her.
Kim is the third member of his family to lead the country since his grandfather Kim Il Sung founded the Democratic People’s Republic of Korea in 1948. With no child old enough to assume power, there is no clear path to succession should he become incapacitated, raising the prospect of powerful figures in the military taking over and potentially taking a harder line on ties with South Korea and the U.S.
North Korea is banned from testing or developing ballistic missiles under sanctions imposed by the United Nations over the three nuclear tests its held since 2006. It faces South Korea over one of the world’s most heavily fortified borders since their 1950-53 war ended in a truce. Sam Kim, Bloomberg