Number of HK laborers in the city triples in two years 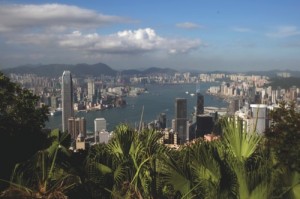 Although Hong Kong faces a shortage in construction workers, the number of non-resident laborers (TNR) from the neighboring SAR working in Macau’s construction industry was found to have tripled in the previous two years, according to a report by the South China Morning Post (SCMP).
The HK newspaper cited figures from the Macau police and reported that 4,685 registered Hong Kong construction workers were in Macau by the end of July, surging by more than 3.7 times compared to the 1,305 workers who had been registered during the same period two years ago.
It is also believed that the actual number of HK construction workers in Macau is higher than the official number, given that some may travel to Macau with their Hong Kong ID and work illegally.
Lawrence Ng San-wa, president of Hong Kong Construction Sub-Contractors Association said that those coming to Macau only accounted for around two to three percent of the 200,000 qualified workers in the construction industry.
Nevertheless, Macau contractors are offering a more competitive wage to skilled construction workers from HK, with some paying as much as 30 percent higher than their Hong Kong counterparts.
Eric Tse Chun Yuen, another HK contractor, also pointed out that his city’s workers usually took on supervisory roles and trained local workers and those from the mainland, who are generally less skilled.
However, the two were not concerned about more skilled laborers coming to Macau, due to Macau’s tight restrictions on importing non-resident workers.
They also reiterated that those coming to the city are only a small part of the workforce of skilled construction workers in Hong Kong.
The Times has previously reported on the number of TNR in Macau that has exceeded 150,000 in June.  The number stood at 158,234 at the end of July.
Compared to the figure in June 2013, the growth of TNR in the construction industry is the most significant among all industries, which skyrocketed from 18,081 to 38,663 three months ago.
Mainland workers dominated the TNR community in Macau, exceeding 100,000 for the first time by the end of July and accounting for almost two-thirds of the registered TNR population in the city.