Off-track | GP Museum is back after four years of renovation 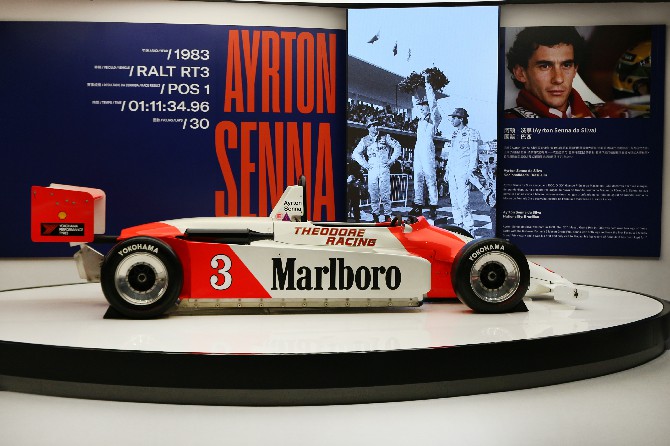 Home of the Macau Grand Prix, the fully revamped Macau Grand Prix Museum was officially inaugurated on June 1.
This will be the first time that the museum’s doors will be open to the public during the actual Grand Prix since 2016.
The museum temporarily closed to undergo renovation on July 1, 2017. It reopened to public visits, despite some works still being outstanding, in June this year, four years after the closure.
During the opening ceremony, the director of the Macao Government Tourism Office (MGTO), Maria Helena de Senna Fernandes, highlighted the fact that the new GP Museum is not just an ordinary museum, but one that merges and integrates history, sports, science, technology, culture, and creativity under the same roof, in addition to providing a physical environment designed to facilitate access for visitors with special needs.
Fernandes noted that after the revamp, the museum area is now six times larger than before and can deliver an inclusive experience combining educational entertainment, leisure, and learning, also highlighting its qualities for “tourism plus sports synergy.”
In the museum, visitors can re-live the history of the event and see some of the cars and bikes that were part of the Grand Prix’s almost seven decades.
Taking up four levels, the experience starts at the basement level dedicated mostly to the Guia Race and the Macau GT Cup, alongside a screening room.
Moving up, visitors can experience the circuit of Guia and the gift shop located on the ground floor.
On the first floor, a walk-through history awaits with the early days of the GP and a special section fully dedicated to the “Queen” of Macau races, the Formula 3 (F3).
However, talking about F3 is impossible without mentioning the first winner of this race back in 1983, the Brazilian Ayrton Senna da Senna, to whom the museum now dedicates a new mural artwork by Portuguese artist Vhils.
The second and last floor, is where the motorcycles reign, from historic winners to the centerpiece of the exhibition; a completely deconstructed motorcycle which allows visitors to understand the complexity of all its parts.
On the final floor, visitors can also find a Moto Virtual Reality Race Experience as well as a trophy showcase.
Currently screening at the basement level screening-room is the short film “The Legend of the Macau Grand Prix” which was officially selected as one of six nominees in the “Best Event Film” category at the International Motor Film Awards last year.
Directed by local filmmaker Sérgio Basto Perez, the film is a journey through the history of the Macau Grand Prix event, guided by the voices of drivers and riders from different generations.
Screenings take place twice daily from Monday to Friday (except Tuesday) at noon and 4 p.m. The screening frequency will be increased on the weekends to four daily screenings — at 11 a.m., noon, 4 p.m., and 5 p.m. 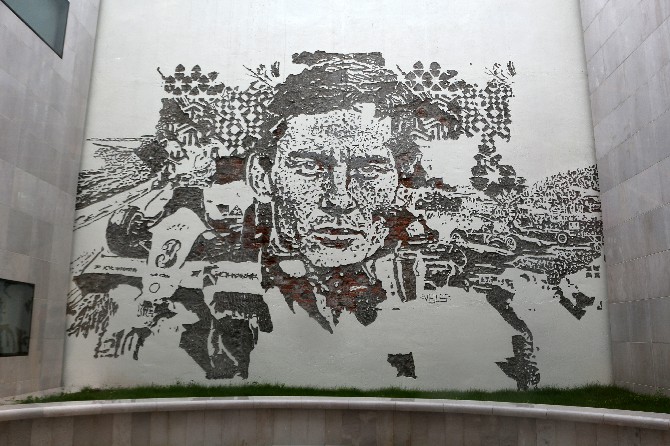 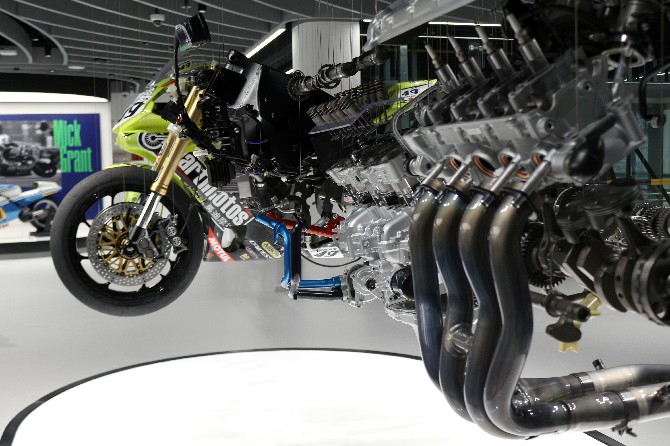 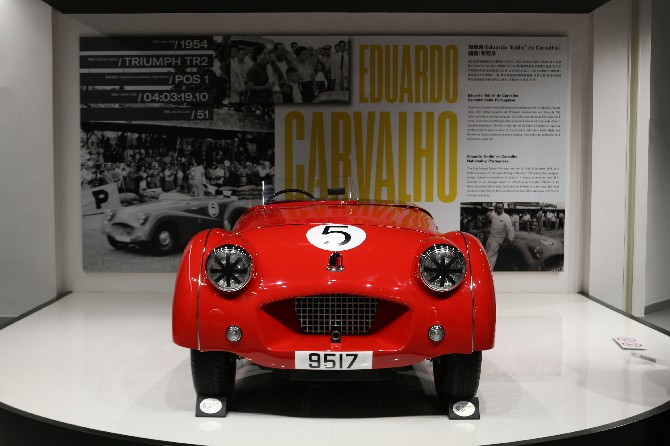 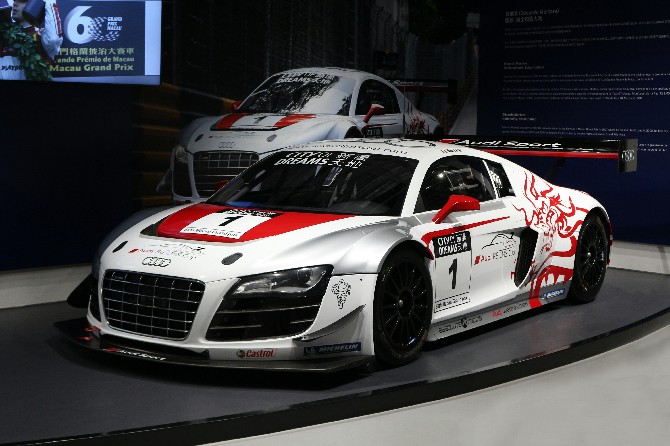 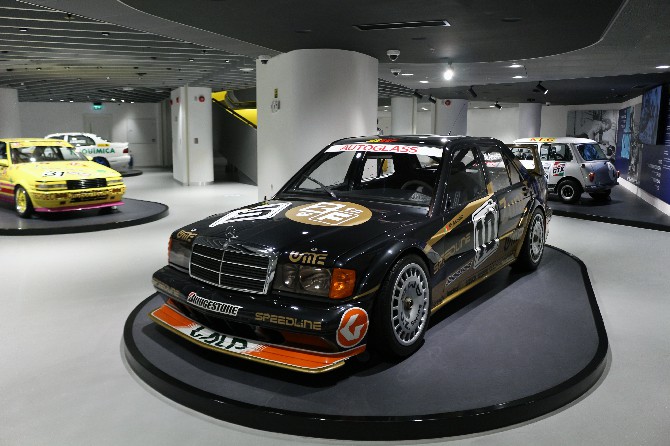