Official: Economic growth likely to slow due to virus, floods 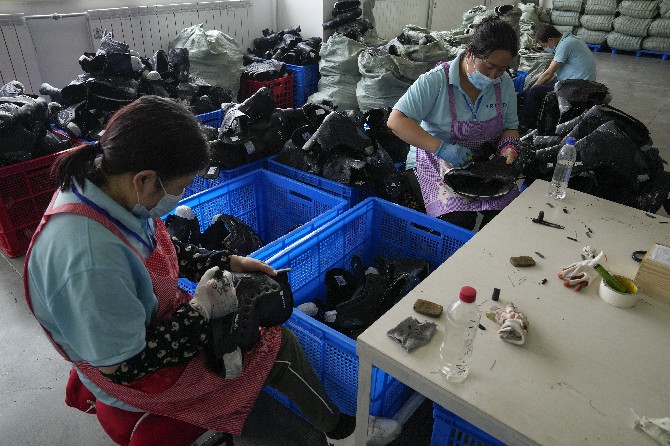 China’s economic growth will soften this year due to summer flooding and anti-coronavirus controls, an official said yesterday, after consumer sales and other activity weakened in July.
China’s economy still is in a “recovery trend” from last year’s pandemic-induced slowdown but is likely to weaken after a relatively strong first half, said Fu Linghui, a spokesman for the National Bureau of Statistics.
“This year’s main economic growth trend will be ‘low after high,’” Fu said at a news conference.
Fu gave no growth forecast. Private sector forecasters say the world’s second-largest economy easily should achieve 8% over last year’s depressed level.
Growth in July retail sales softened to 8.5% over a year earlier, below the consensus forecast of 10.9% and down from the previous month’s 12.1%. Factory output grew 6.4%, below the forecast of 7.9%.
“Growth momentum weakened sharply,” said Louis Kuijs of Oxford Economics in a report.
The economy was disrupted by unusually severe summer flooding that hit central China in July, killing more than 300 people in Henan province. More floods hit Hubei province to the south this month, killing at least 21 people.
Meanwhile, authorities have reimposed some travel and business controls to fight outbreaks of the coronavirus’s more contagious delta variant that began in late July. Some airline flights and train service have been canceled, most access to a city of 1.5 million cut off and mass virus testing ordered in some areas.
“Given China’s ‘zero tolerance’ approach to Covid, future outbreaks will continue to pose significant risk to the outlook,” said Kuijs.
The government reported earlier that economic growth slowed to a still-strong 7.9% over a year earlier in the three months ending in June, down from the previous quarter’s 18.3%. Those figures were amplified by comparison with early 2020, when the economy was shut down to fight the virus.
Output in the second quarter compared with the January-March period, the way other major economies are measured, was 1.3%, up from the previous quarter’s 0.6% over late 2020.
Fu, the statistics official, expressed confidence the long-term outlook was still healthy.
“The economy will still maintain a stable recovery,” Fu said. “The quality of development will continue to improve.” JOE McDONALD, BEIJING, MDT/AP