Our Desk | Demographics and the 20th anniversary 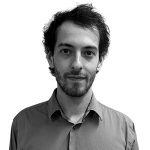 This year will mark the 20th anniversary of the founding of the Macau SAR and possibly a turning point in the demographic development of the city.

Macau has welcomed successive waves of Chinese immigration in the two decades since the handover to an extent not seen since World War II, when the city’s population reportedly swelled from about 200,000 to 700,000.

Today, the city is home to a combined permanent and foreign worker population of about 650,000, which has stood mostly unchanged since 2015. The non-resident component has also stabilized at around 180,000 workers.

The reality is that borders – whether geographic or artificial – create nations, ethnicities, cultures and so on. The longer a splinter society lives apart, the more distinct it tends to become from its mother society. From our local perspective in China, this is also the case for Taiwan and Japan, whose peoples can trace their roots or culture back to different periods in Chinese history.

Though Macau has long had its own culture – a variation of Chinese culture apart from the traditional definition of the “Macanese” – successive waves of Chinese immigration have brought a certain “mainlandization”, born out of decades of political and ideological differences between the People’s Republic of China and Portuguese-administered Macau. Mainland immigrants brought with them their own sensibilities that inevitably diluted the Macau variation of Chinese identity; a phenomenon exaggerated by the relatively small population of the territory.

Now, not only might that be coming to an end, it may well reverse.

It might be said that second-generation immigrants – particularly those hailing from the same ethnic and cultural background – are far more likely to assimilate into the local culture variation than their parents, who spent their formative years in another place. For example, one Macau-based researcher recently found that permanent residents had a stronger preference for democracy and universal suffrage than non-residents. Thus there are some Values that hold together a local identity.

As the city enters into its third decade as a special administrative region of China, we might expect to see a strengthening of a Macau identity, providing that the population continues to hold stable. The cultural distinction is certainly not cause for self-rule, and Macau can have its own identity while remaining, in political terms, a semi-autonomous or even prefecture-level city within the People’s Republic of China. This is the case for many stateless cultures, ethnicities and nations around the world, including my home country.

But from the perspective of the Central Government in Beijing, it is far easier to have a uniform culture in Macau with a single loyalty (albeit it’s a holy trinity of loving the people, party and country) than a distinct culture that views the rulers and the ruled as different peoples and whose loyalty must be earned.

Looking at recent regional developments from a demographic perspective makes for an interesting exercise. The Central Government’s encroachment into the autonomous affairs of Macau has the purpose of reducing the potential for social conflict born out of differences between China and Macau, including the varying degrees of political and social freedoms.

The Macau SAR could hardly accommodate a new influx of Chinese immigrants to weaken a localized sense of identity – there is just not enough space – but it could be incorporated into the southern China region in a way that borders would matter less or not at all. The Greater Bay Area might not be integration via economic initiatives, but a question of sustainable demographics.