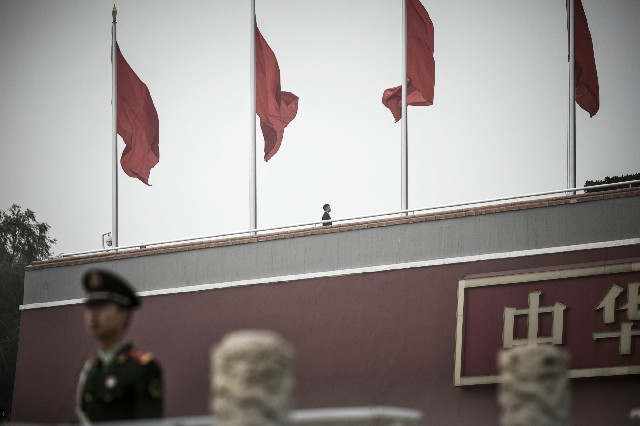 China’s ruling Communist Party will hold its most important gathering of the year from October 28 to 31, state-run Xinhua News Agency said, giving its leadership an opportunity to discuss issues such the pro-democracy protests in Hong Kong.
The plenum – a full meeting of the Communist Party’s Central Committee -is a venue to pass decisions on major topics and involves more than 200 party leaders from the government, military and state-owned enterprises. The committee will discuss key issues related to maintaining and improving China’s socialist system and national governance, Xinhua reported in August.
While the meeting comes at a point in the party’s five-year political cycle that’s usually reserved for setting economic policies, the earlier Xinhua report suggested an agenda that was more political. On Tuesday, a front page commentary on the People’s Daily, the party’s mouthpiece, reviewed the progress in judicial reform and the law-based governance since the last Fourth Plenum of The Central Committee in 2014 during Xi Jinping’s first term. Such long format commentary is usually seen ahead of the the party’s major political events.
The plenum will be the fourth Central Committee conclave since Xi secured a second term as the party’s general secretary in October 2017. The committee hasn’t convened since recommending an end to the constitutional limits on Xi’s tenure in February 2018. The party hasn’t gone so long without such a meeting since late paramount leader Deng Xiaoping launched his “Reform and Opening Up” campaign more than 40 years ago.
Policy makers are also grappling with a trade war with the U.S., which has exacerbated an economic slowdown as both sides levy tariffs on each other’s goods. Data released last week showed an economy expanding at just 6%, the slowest in almost three decades, though there were also signs things could be stabilizing, including corporate demand for long-term credit picking up and growth in auto sales contracting less. The two sides are also moving closer toward a partial deal that could alleviate tensions.
The early hints of stabilization give the authorities a chance to debate some long-term issues at the meeting, such as a graying population and the merits of freer internal migration of labor. These reforms could be more important than imminent policy loosening in ensuring a steady performance of the economy in the longer term. Bloomberg