Paulo Cardinal: Portugal should be vigilant on Macau 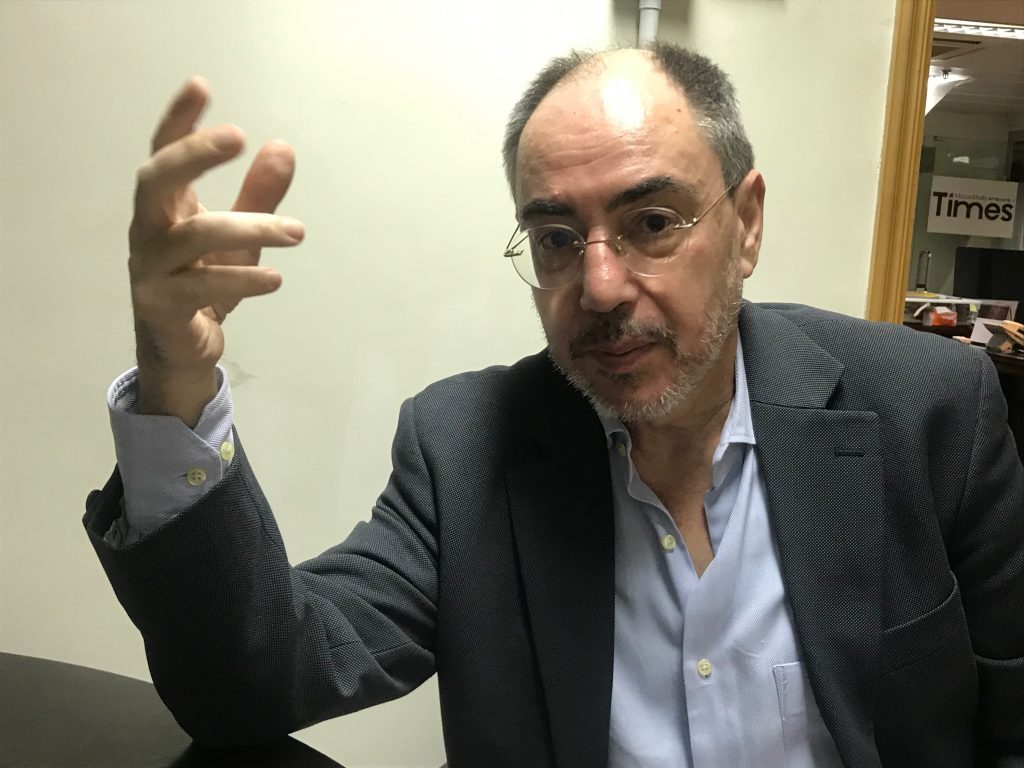 Veteran jurist Paulo Cardinal who was dismissed by the Legislative Assembly in August last year without plausible cause breaks the silence and in an interview with the Times speaks about his dismissal, Ho Iat Seng and the “paranoia” of security that has been damaging to the respect for fundamental rights in Macau.

Cardinal says he wants to stay in Macau “although I don’t have a normal job situation yet,” after more than 25 years living in the territory.

In the interview, Cardinal contends that Portugal should be “vigilant” on Macau’s affairs. “Portugal is a contracting party to the Joint Declaration. Therefore, if Portugal has intervention in this regard, it will have all the legitimacy. It will not be an intrusion. It would be vigilant to ensure compliance with this bilateral treaty, which granted this population the right to live in a different system than that of the mainland. Publicly Portugal does not do it,” the legal expert says.

“There is a sort of progressive siege to these values of our system, either in Macau or in Hong Kong. Without fundamental rights, without the rule of law, there will truly be no “second system.” Hence, we must be resilient.”

The full interview with Paulo Cardinal will be published Wednesday in Macau Daily Times.