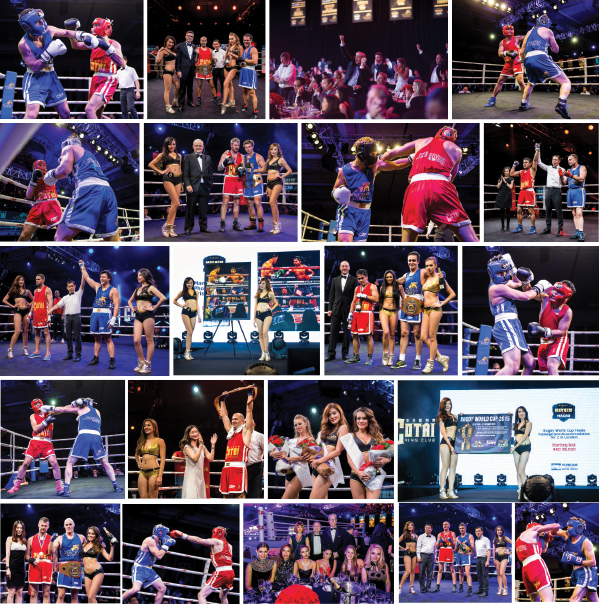 Macau’s inaugural white-collar boxing fight-night took place at The Venetian Macao on Friday and raised over MOP300,000. Net proceeds from the charity dinner, which included silent and live auctions, lucky draws, and money generated from donation boxes at the event, will be donated to the Special Olympics Healthy Athletes Program which aims to help Macau Special Olympics (MSO) athletes improve their health and fitness.
“Mayhem in Macao” marked the debut of the world’s fastest growing corporate contact sport in the Asian entertainment capital.
According to a press release, a sell-out audience of over 700 cheered the combatants at the event. An athlete representative from the Macau Special Olympics, Selina Ao Ieong, delivered a speech to express gratitude for the organizers, sponsors, boxers and participants of “Mayhem in Macao.”
“After joining the Special Olympics, all the services and assistance that I require in different stages of my life have been provided. Donations to the Healthy Athletes Program will enable the Macau Special Olympics to provide health checks for the athletes, and can also provide subsidies for those who require medical assistance, so as to improve their health conditions and enhance their quality of life,” she said.
This event was staged by the Shanghai-based events company, China Sports Promotions (www.chinasportspromotions.com), following hugely successful sell-out events across China, including “Brawl On The Bund” in Shanghai and “Brawl On The Wall” in Beijing. “Mayhem in Macao” was sponsored by Cotai Strip Resorts Macao, the Cotai Ring Club and Macao Fitness.
The event featured nine amateur boxing clashes between 18 white-collar professionals, who trained for three months before their first fights. Professional auto racer Ma Qinghua and Hall of Fame boxing trainer Freddie Roach were among those who showed up to watch the action, which was kicked off by world-famous ring announcer Michael Buffer, delivering his signature “Let’s Get Ready to Rumble” trademark phrase.