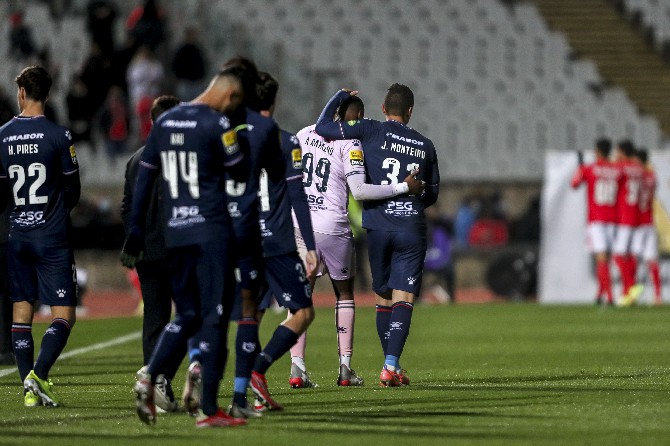 Portuguese health authorities yesterday [Macau time] identified 13 cases of the omicron coronavirus variant among members of a professional soccer club and were investigating whether it was one of the first reported cases of local transmission of the virus outside of southern Africa.
The Ricardo Jorge National Health Institute said that one of those who tested positive was a player from the Lisbon-based Belenenses SAD soccer club who had recently traveled to South Africa, where the omicron variant was first identified.
The others, including players and other members of the club’s staff, hadn’t reportedly traveled to southern Africa, where most of the cases have been recorded so far.
The institute said that those who had been in contact with the positive cases were in isolation regardless of their vaccination status.
Players of Lisbon’s biggest team, Benfica, which played Belenenses SAD on Saturday, were also being tested for the virus.
“Since this is a new variant, we have to tighten the controls,” Portugal’s health general director, Graça Freitas told the local TSF radio.
Freitas said that some of the infected had no symptoms and that all were improving.
“Despite being vaccinated, we know that the vaccine is not 100% effective,” she told SIC Noticias news channel.
Health authorities, the clubs and Portugal’s Primeira Liga were all facing questions for allowing the game to go ahead even when the Belenenses SAD had already reduced its squad to nine players — two fewer than the game calls for — because of the coronavirus outbreak. 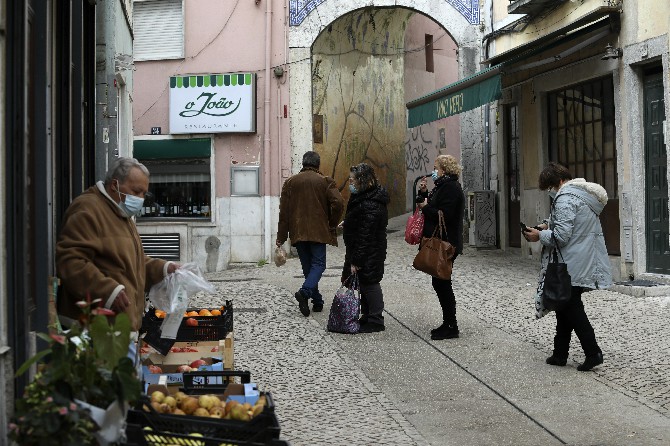 The Portuguese league called for an “urgent” meeting with health authorities to understand what happened and discuss changes in the current COVID-19 protocols for matches. It questioned why health officials failed to consider all Belenenses players to be at a high risk of contagion considering the possible presence of the omicron variant.
The referee suspended the game just after halftime, with Benfica leading 7-0, when only seven Belenenses SAD players took the field and the squad then lost another player.
Benfica said that its players were tested on Monday as they normally are every week and the results came back negative. It said the club hadn’t received any requests to cancel Saturday’s game and league protocols were followed.
Benfica’s next scheduled match is the Primeira Liga derby against Sporting Lisbon on Friday.
Belenenses yesterday asked the league for a rematch, saying that by its interpretation of the rules the result shouldn’t count because the game wasn’t fully completed.
“The league must not ratify the result of the game and should schedule a new one,” it said in a letter sent to the league and that the club shared with The Associated Press.
Club president Rui Pedro Soares had said the club didn’t formally ask for the game to be postponed, but he had told the league it didn’t want to play it. The club said it was the responsibility of the league and of health authorities to make the decision to postpone it.
The club told Portuguese media on Sunday that 16 of its players had tested positive and that 44 people in total were put into isolation by health authorities.
Portugal also found two positive coronavirus cases when it screened 218 passengers who arrived in Lisbon on a flight from Mozambique’s capital on Saturday. One of the cases was the delta variant and the other one couldn’t be established, authorities said.
Despite having one of the highest vaccination rates in Europe, with 86.6% of its 10.3 million residents having received two coronavirus jabs, authorities in Portugal have tightened pandemic restrictions amid a recent rise in infections.
Starting today, wearing a face mask will once again be mandatory in enclosed spaces and digital certificates proving vaccination or recovery from the coronavirus must be shown to enter restaurants, cinemas and hotels. ARITZ PARRA & HELENA ALVES, LISBON, MDT/AP